It’s been a good news week, with a successful lift of the mast onto its next two metre post (and final height). Also one of my two daughters (quick pic) …

has had her next post confirmed. The options had been back to London, maybe the Saudi area or possibly The Oz job she would like. But the fantastic times she’s had in DC will continue, and of course the DC visits for her Dad!

The Wind Generator – the mast was inching upwards carefully with Stu and I running between blocks, guide wires and base plate. This was the tricky ‘tipping point’ time after a few days having it a 3 metres and doing preps and fitting stregthening bars at the scaffold pole joints. The careful measuring of those steel guide wires caused a lot of deliberation as all were from different horizontal levels, so differed in angle and length. Stu took to his usual contemplation method .. 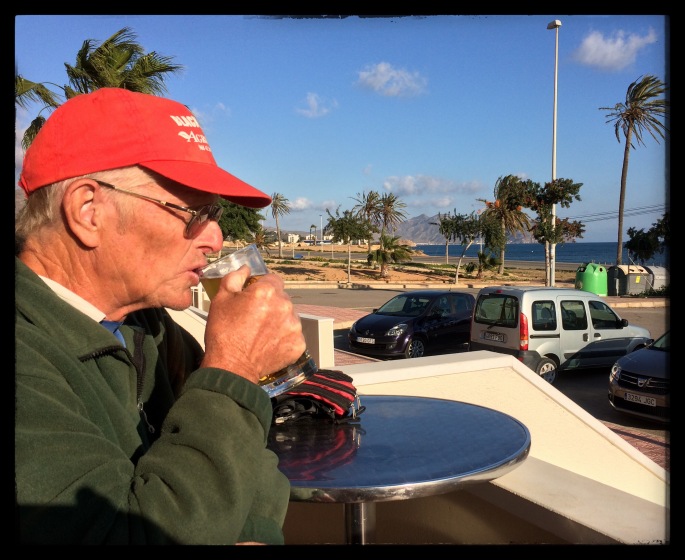 After the third time of measuring the 27.5 metre steel cable it was a nervy cut and fit of the shackles ready for the hoist. 1st line checked and a smile, Stu moved to line 2 and grinned with thumb up, same at line 3.  Then !! Line 4 – Stu swore, stamped his foot and arms aloft – nearly a metre short! He shouted up to me (some choice language) to enquiry what had we done to go this wrong, he asked what we should do before the Wind gets up???  I calmly looked down and said “should I let you have the metre of wire I’ve coiled up behind my back😂). It was fortunate the separation distance between us was further than his spanner throwing ability.

Then a bit of luck: The visit by bodybuilding couple Francios and Frank was like the Calvary arriving!

They steadied and hoisted the poles and top-weight upwards 1.5 metres in a single pull, into the pre-cut tension lines – job done ✅

Intercambio was a quiet Friday night at BuenaVista, but my Spanish mentor Prisci spent a good part of the evening helping my linguist shortcomings. The small group actually meant a little more interaction that followed on into a musical open mic night at the club. 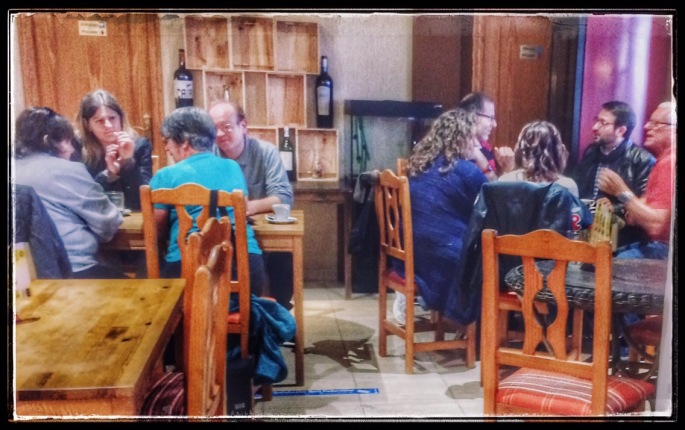 Sunday is to be a football dominated day. The animals at my Sit are fed, I’ll settle them early and then it’s a sports bar to watch Liverpool v Manchester City and afterwards into the stadium in Cartagena to watch the local derby. I’m told my bad language vocabulary will expand vastly today

One thought on “DC, FC and Aerial Power”