Relaxing by the pool on the first morning after announcing my arrival to the Madrid security folk first night, oops, I sent my Los siento text to M&D after finishing the crossword

The trick with Sitting at different places is to pay attention to the alarm systems differences. Casa Davison is a little different to Casa Nido/Sabines/Ann&Gordon all negotiated recently. I had unpacked in the guest wing without clearing the alarm in the main house, but both are alarmed. The Madrid security folk apparently watched me on camera for a while and decided that I was a harmless little old man and the police stood down 👮🏼

The Murcia airport pick-up by Stu & Lynne had been appreciated, and I was going to get the mornings Tostada y ‘cheesy’ Tomate and cafe con leche at our work break at the Cartagena Military Museum, where we were doing volunteer engineering tasks. The guns in the outside work area were coming up good, coffee break came and – oh dear – I’d not got €’s on me. My taxi chum had to feed me now too 😬 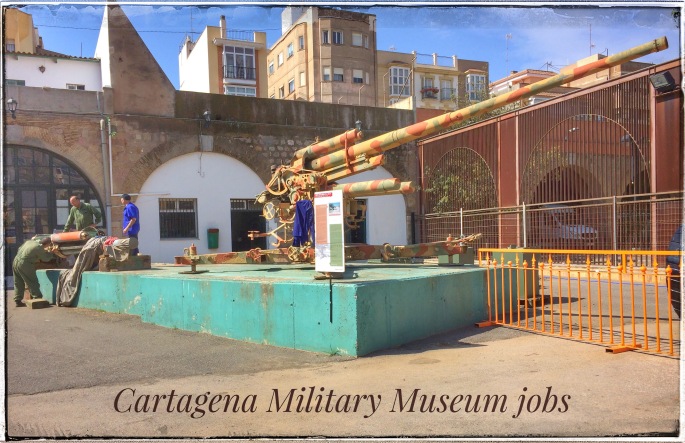 indoors we were working on the control gear to get the recon engine ready to run when it is dropped into the bay, it’s a beast and after nearly seven years work on this T26 tank it is to parade in June

The problem here was ‘Focus’ – it would be a very tight fit and some good remedial work was pinching inches that took up clearance. Stu did not seem to be ‘engineering or solutioneering’? It seems doing a little tour guiding took his fancy. 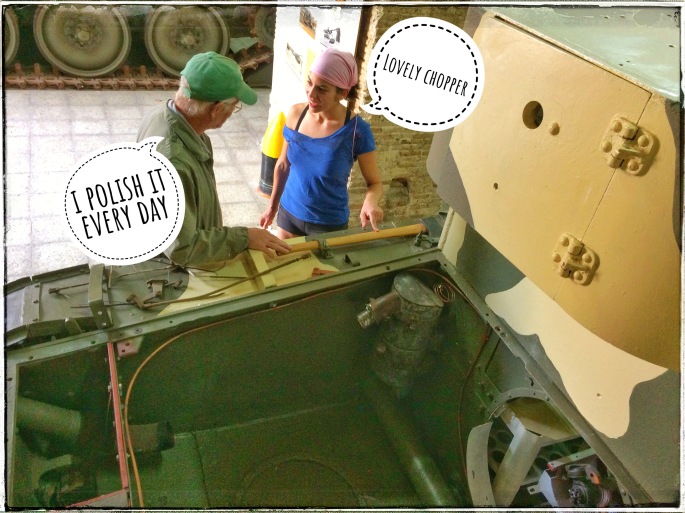 The days work done we wound up with a quick beer on the El Nido swinging Terrace (chairs that swing – nothing untoward!), it’s good to be back in the sun.

I have also managed a quick catch up with Sabine and Andrew by the pool, another sit agreed at their place. It’s nestled into the mountain above Sally’s yellow home across The Valley

My Spanish mentor joined me for a tapas, and was unimpressed by my really shoddy progress. The books I will read by the pool have been strongly suggested by Prisci – I’ve not been chastised for a while, I missed it…..

One thought on “23 Days with a Piscina, and no illegal entry charges!”