Today, 1982, I joined a long list of Royal and Merchant mariners who have experienced ‘that sinking feeling’. As I signed up for the job and enjoyed the bits where I’d Caribbean island hopped, sailed the Suez and Panama Canals, visited bars in nearly every port in the world, I feel going to war was part and parcel.

Clifford – seems its what we do

There are many dits to spin (stories) of the experience, non bother me to tell over a cuppa or a pint. I know some shipmates from the Sheffield have problems with the memories, hopefully they are helped as the casualties they have become.

The pics of the ship don’t show the raging fires inside the hull. This made the ice cold South Atlantic water we sprayed on the upper deck turn quickly to the temperature of a baby’s bath water. The helicopter from HMS Hermes was nearly shot down by our gunners who could only hear the engines whining through the smoke and thought it was a Super Entedard attack (which sounded true at the back end where we could hear jet engine and now canon fire). As I say, a book full of stories, but just some pics for now to show her before the Falklands, the Exocet blast hole, our taxi ships that took us off and the tow that tried to get Sheffield to South Georgia to save her. The hole shipped too much of the sea and she rolled over, snapped the tow and sank. 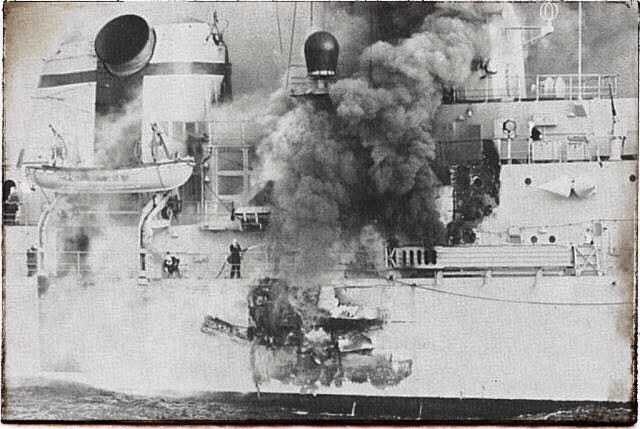 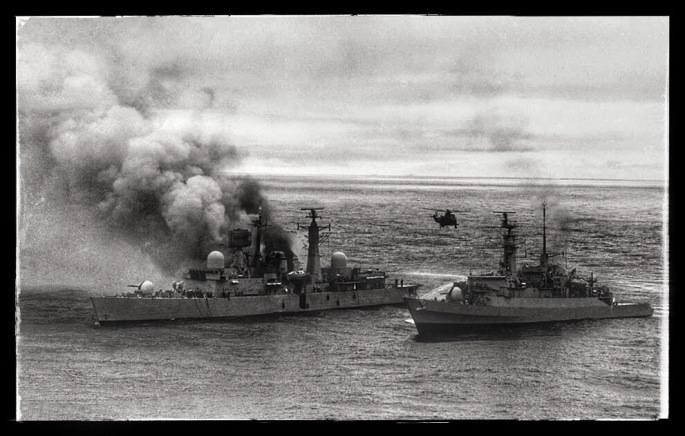 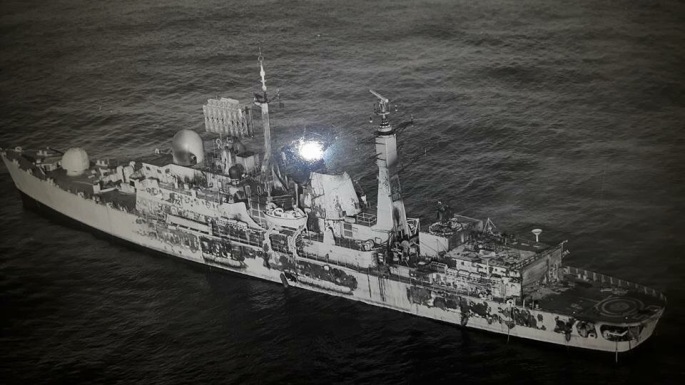 We jumped across to The Type 21 and HMS Yarmouth (who was attacking a submarine contact while helping us across), transferred later by helicopter to an RFA for three weeks, then from the war zone to Ascension Island on a BP Tanker, then flown to RAF Brize Norton.

I revisited the islands on HMS Diomede and HMS Scylla and was flown by Chonook helicopter to the memorial on Sea Lion Island that points to where Sheffield and some 19 shipmates sleep.

While working at Abbey Wood Bristol after my Navy time (22yrs) I was asked to write an article, did my best ..

I loved my time in the navy, learnt a lot about myself in the Falklands, experienced managing groups of men as a factory manager for eight years and spent terrific times in the MoD on projects that took me under the sea, all leaving me keen to enjoy life on this spinning rock come whatever.