On the way back from Chirivel I noticed a new mate on the dashboard, thought it was left by the McCobb children. But no, Margaret & Deryck had found him in a charity toy shop and thought he should have a home – mine. The more the merrier,  he has been named ‘Echo’.

A lesson on securing the bike, then double checking it before driving off, only cost €35. The handle bar acted as a skid for the few feet I drove until hearing a scraping sound. Aluminium wears quickly!

A quick pop to the Davison’s for coffee (ah well, cerveza is offered I had to think of the kettle wear and tear and take it). Karen & Anthony were enjoying the pool and Deryck showed them how to duck-dive, teaching your daughter stuff is a life task

The few days before the last (short) sits in Puerto are beach bum ones, or would be if the clouds played the game and waited in England for me on Tuesday. I was forced to use a Guinness bar to seek shelter from the clouds (great figurehead bar stools) 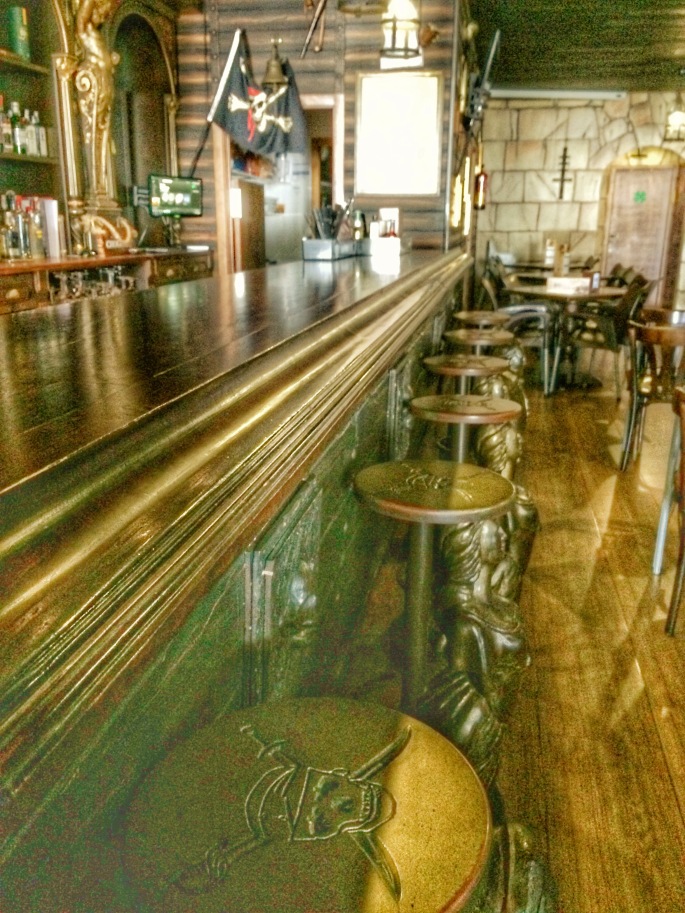 A two days sit 4Km into the mountains at Nadine’s on Thurs/Fri, then four days at Sabine’s will finish off the six month stint in Murcia and Andalucía regions.

A trip tomorrow to chauffeur a special friend to his Grandparents will be fun. Tom enjoyed sitting in Frankia with all the guys chatting, then riding the bike that’s on the rack, and his trip up the ladder to Frankia’s roof brought huge smiles.

Organising the trip this morning at Breakfast at Bocca Pizza with Margaret & Deryck, I remembered the chainsaw needed returning and Frankia  needed fuelling. A run out to the Rambla while the sun was hiding passed the time. 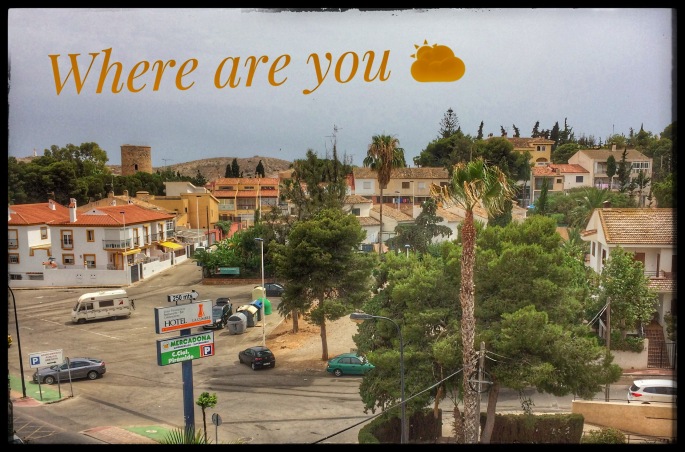 At the garage I was asked beside the pump if Frankia was for sale. No messing about, price agreed and she is sold the day I fly to U.K.

The search is on for Frankia 2