The walk into town took me past a cute little reminder of Brit past influence and again ahoy, the Royal Navy⚓️

I'd stopped on the way to chat to next door neighbours (it's a camel hike and cut-lunch tour round here to pop up their drives to say 'Hi' when waved on passing). 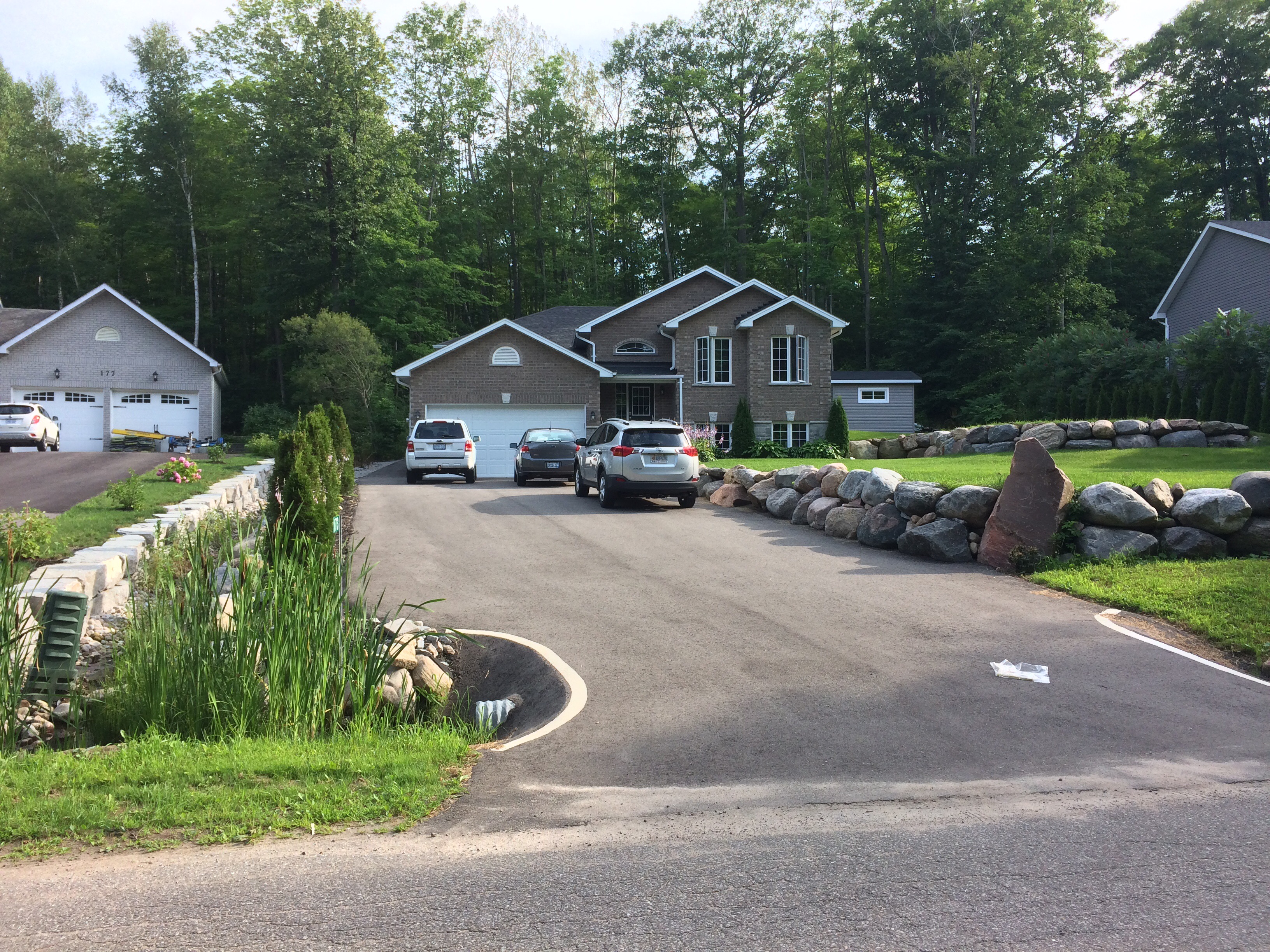 The days entertainment is the 150th celebrations with a concert in the town/marina. I had my evenings Guinness in the towns Irish Bar, a paradise with Guinness adverts on the till screen, Islay single malts on the shelf above, the chalkboard listing real ales and sport on TV. The rest of the pub was grand too.

The centrepiece of the fest was the worlds biggest duck. The waterfront was packed around it, with the fairground really busy and bands on stage drawing huge crowds.

The lady who was next to me in the food queue laughed with tears after she asked me "don't you just love a big duck" and I replied "yes, but you Canadians say your F's funny"

My first taste of 'Poutine' – really good. And from the world famous Poutine Krazy vans. I had lunch yesterday at the world famous Dock Lunch bar. So many 'worlds famous' things here that I've missed till now.

I'd walked with the boys before leaving. They took me on a forest stroll and decided they wanted to be on the dock for a while, luckily it was where I'd wanted to go with them.

I didn't want to be away too long from them. They'll be missing Joan and Kevin in these early das until our routine is settled more, so enough of the band 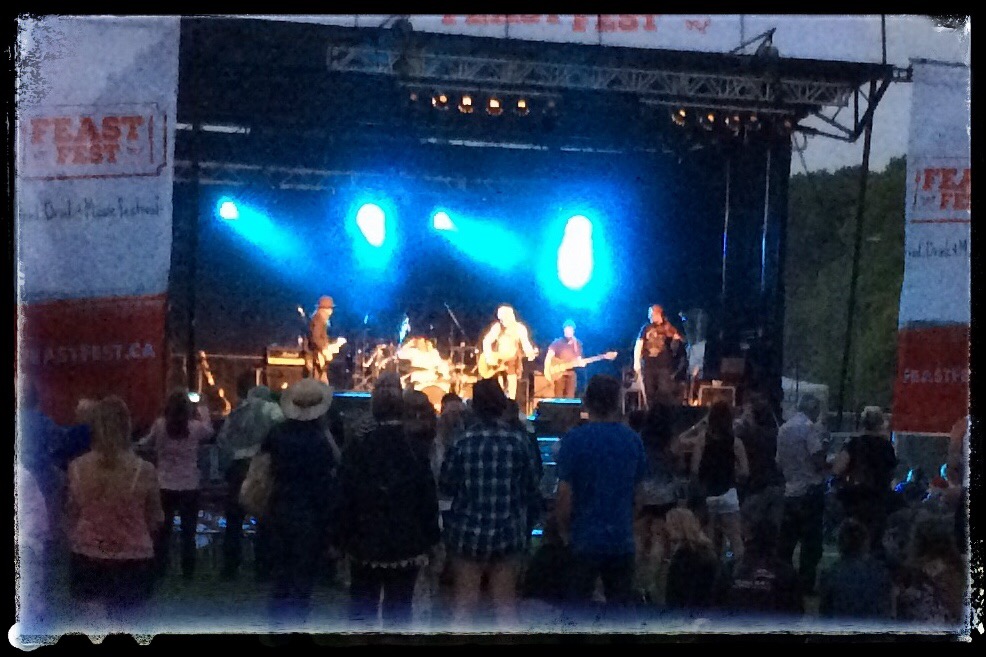 I headed back to my canine mates and a late evening watching my favourite show on the curved screen. 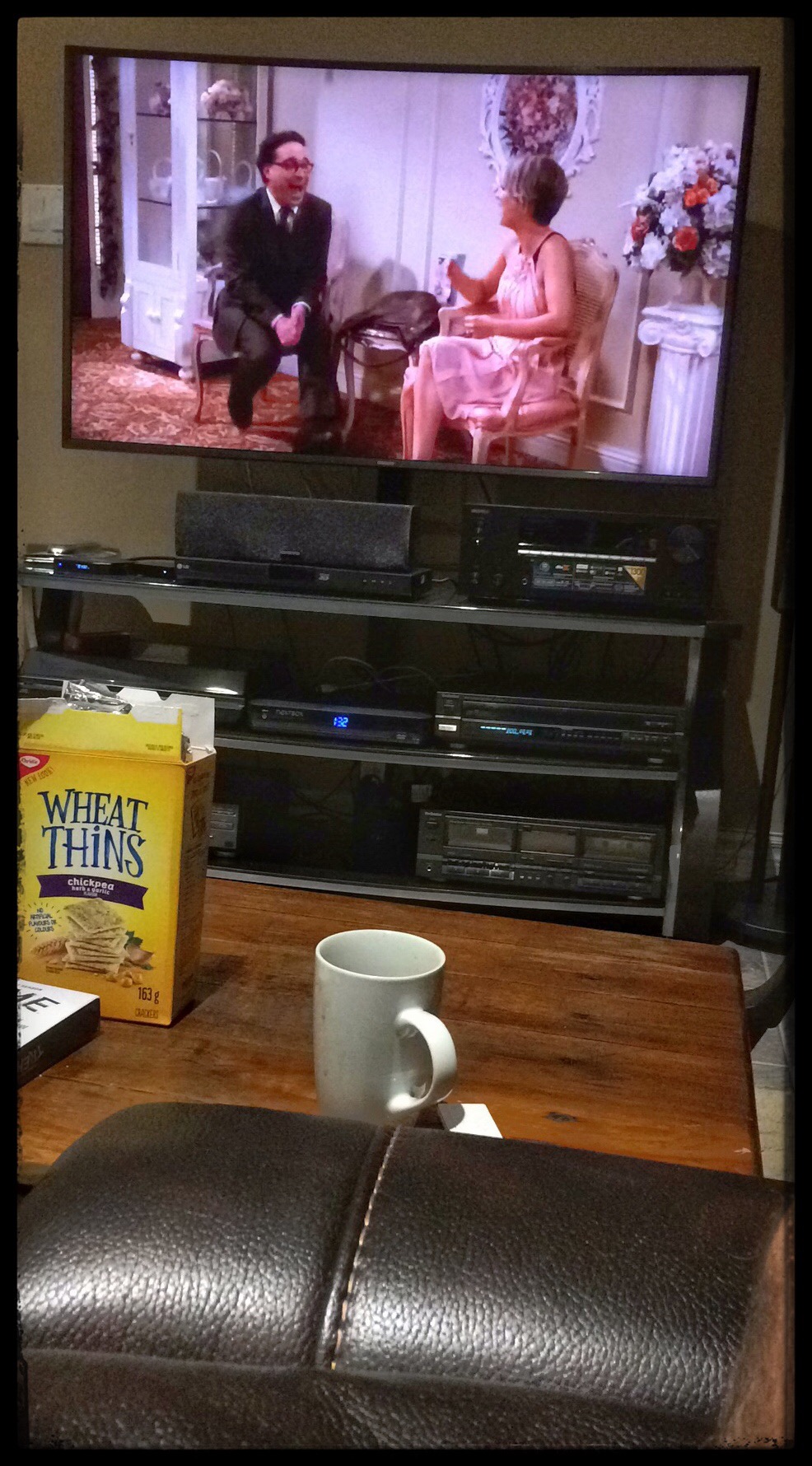 I know the basement entertainment system can't disturb the far off neighbours so my one ear can enjoy Penny's laugh high volume.

I swopped messages with my Spanish dear friends, they were enjoying bands on the beach too

Nice to chat to Nadine and fit a Sit in her fantastic place around a Sit at Lynne's & Stu's in October. My Intercambio senora has tried to keep my Espanyol moving along, not a lost cause but nearly back to square one after U.K. Iceland and Canadian jaunts already……. sorry Prisci 🤷🏻‍♂️

One thought on “Poutine in Penetanguishene – and a big duck.”