The goodbyes to Anne, Gordon and Shadow are done. Their home in Fareham was a perfect Sit with nearby old friends and places to drift around.

Shadow has a full social diary with the regulars in The Heathfield pub asking when he is next-in to bring in friends, children, other dogs to meet him. They have to take a place at the back of the line when Gordon takes him in next though, the bar staff said they get him first. A shitzu owning barmaid is actually his biggest fan…. 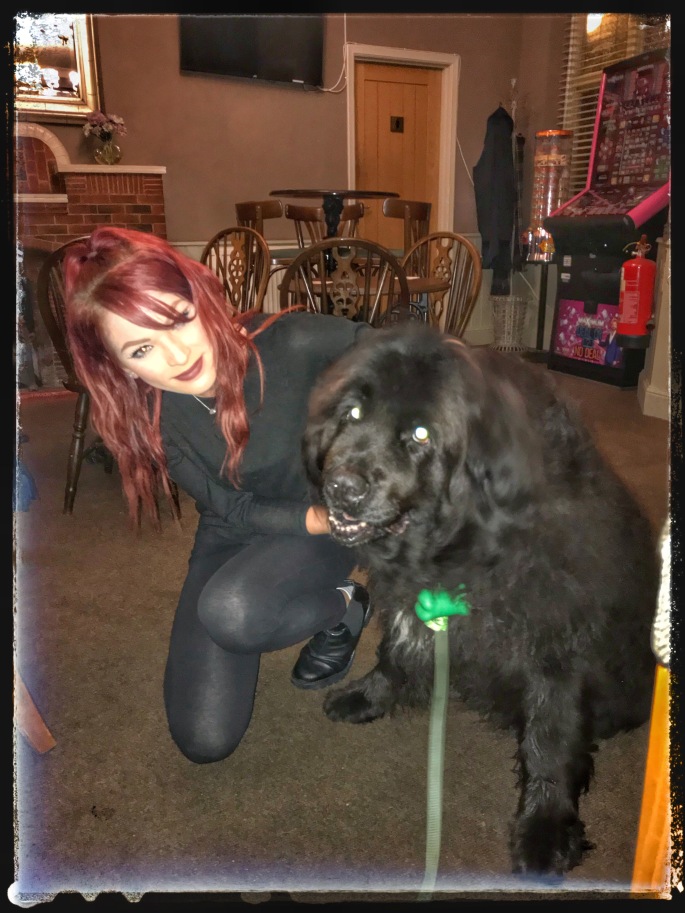 The next leg of the Puerto Mazarrón (Spain) to The Wirral Peninsula (Birkenhead Liverpool) trip is under way.

The Motorhome I am driving is for a drop-off in Wolverhampton, and a chance to catch up with Karl who followed a few days behind in another motor home.

A change in plan, that will probably see a rise in Guinness profits, is a stop at Gloucester Rugby with Blakey on Saturday.

The match is early, 12:30, which should mean we enjoy a few pints and have an early post match meal and sleep 🤥  Glos are playing the Not-Not’s

In Spain Stu has sorted his ‘port from his starboard’ and found the visiting blogger/sitter in Alicante Airport, who will now hopefully enjoy fulfilling her Europe roaming urge. There’s two cafe’s in the airport, with Stu sat with his sign (he made a visible sign – so much better than the invisible ones I’m told😂) at one cafe and Tali with her bags at the other. My amusing text comments apparently not a great help to his day🤷🏻‍♂️

For  my last day on the South Coast I found a Tapas Bar in Southampton for lunch. BarCelona, nice place.

The barman said “sorrry I am Polish” – Well I tried Prisci 🤷🏻‍♂️

For desert I want whipped cafe y azúcar, apparently I have to wait for special coffee, madre mía

The remains of the castle in Southampton high street is being used as a launch place for an overhead sleigh to star in the Southampton Xmas lights, (looks good in the lead picture).

Another day nearer my flight to Spain done👏😎.  I will trek back across the River Itchen, have a last supper with T&T, and roll early Friday morning to Stourport for a catch-up with Sally and Martin before Rugby.

One thought on “Costa Blanca to Costa Mersey resumed. ”