Tuesday was a final check of flight details, and a stroll along a stretch of beach at Bolnuevo that had had coastal renovation work carried out. The rain didn’t stop the walk or the chance to take a tongue-in-cheek picture of the reserved area we passed 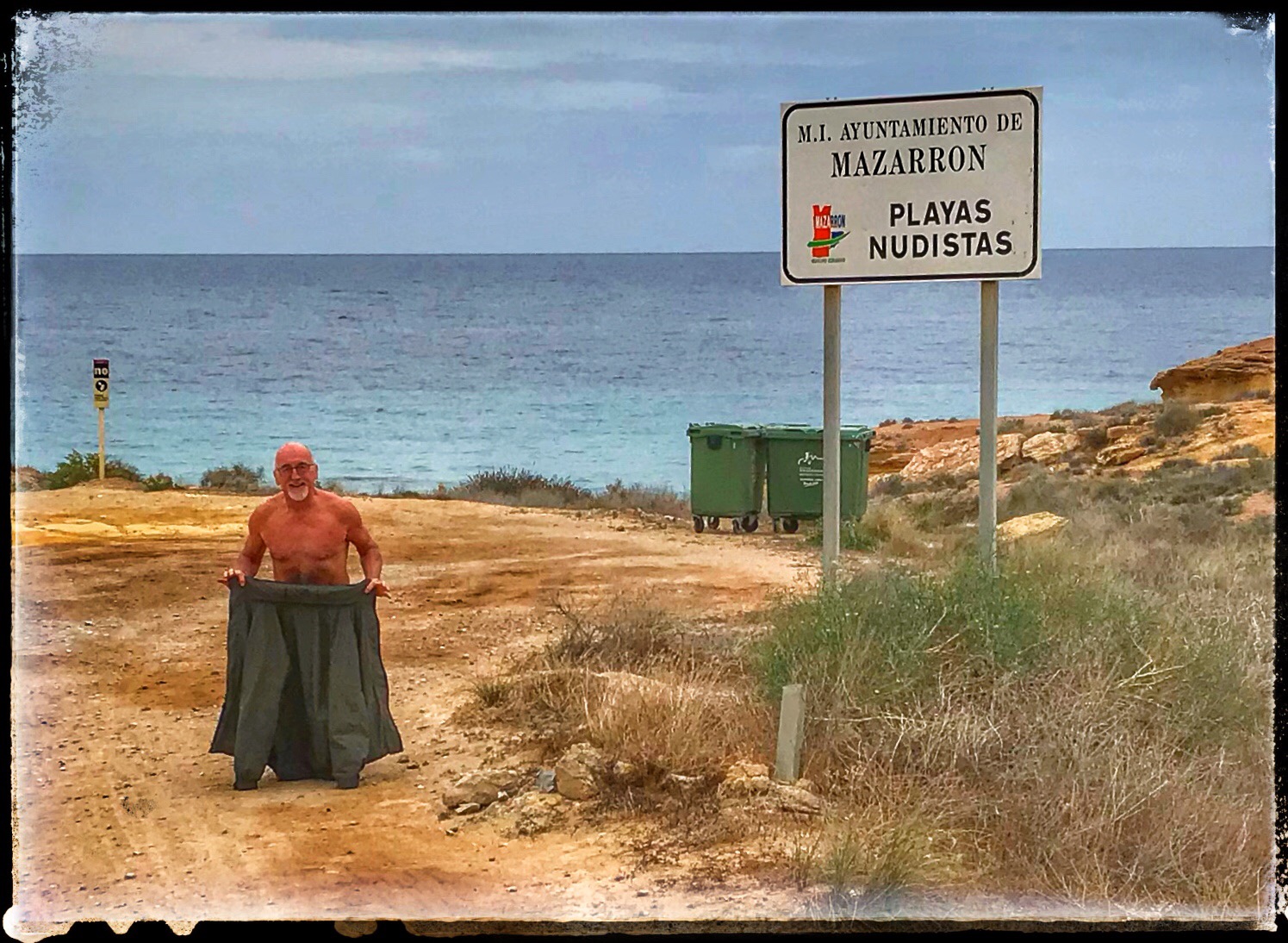 The journey to Madrid airport would be started at 22:30, an overnight drive with coffee stops to aim parking in T1,2,3 at 06:00 the following morning.

The Wednesday morning had been spent as usual in the Military Museum working as volunteer engineers.

Four hours on the tank and then chips at the traditional cafe stop mid-way Cartagena- Puerto Mazarrón. A productive morning over – and top up the Volvo for the evenings trip.

The Mazarrón to Madrid travelling cat-naps at rest stops/fuel stations on the way kept me alert enough, with the thought of seven hours sleep on the plane uppermost as I tired while listening to Micheal Thomas (Spanish for Beginners).

Waiting in the Etihad Airways check-in queue at 07:00 was getting tense, so slow at Etihad Airways! We were due to leave at 09:45 and it was 08:15 before I made the desk.

The airlines check-in keyboard was taking a battering, 10 mins and my boarding pass still couldn’t be produced.

I showed the staff the company’s app, confirming the seats I’d chosen, and the confirming payment on my phone.

.After 20 mins they realised the payment data was the wrong way round. They had processed the transaction and then rescinded it, but didn’t advise me. And now ….. Not enough time left to process a new payment (at £890 instead of the €535 I’d booked). I was offered a flight the following day at a cost of £1050.

I returned my bags to my car and went to McDonalds for coffee, breakfast bagel and free internet.

Emirates were offering a flight at 14:25 at just a little over the Etihad cost. I could still fly today, but land in Dubai instead of Abu Dhabi.

Grabbed my bags, found out the shuttle bus ran to terminals 1-3 only, so told off for now being in the wrong car park. Arrived at terminal 1, caught a 1,2,3,4 shuttle bus to T4. After check-in queues it was promulgated as over 30 minutes travel time to Satellite terminal T4S!!!

Squeaky-bum time again, the journey might still be a bust. I ran between lifts/travellators/trams to make it.

Landing in Dubai looked neat on the screen

Now it was taxi time for the 70 miles across (from what I remembered a few years ago) the desert. But instead of the single lane tarmac strip, a multi lane highway fringed with fantastic buildings all the way

My sisters apartment block looked nice at 02:30 in the morning, and after 30 hours of travelling – I was ready for the bed offered