The Coopers Christmas dec’s are going up. Boxes of baubles and strings of lights to do, but first a visit to Ikea for extra bits needed for Tommy’s snow village 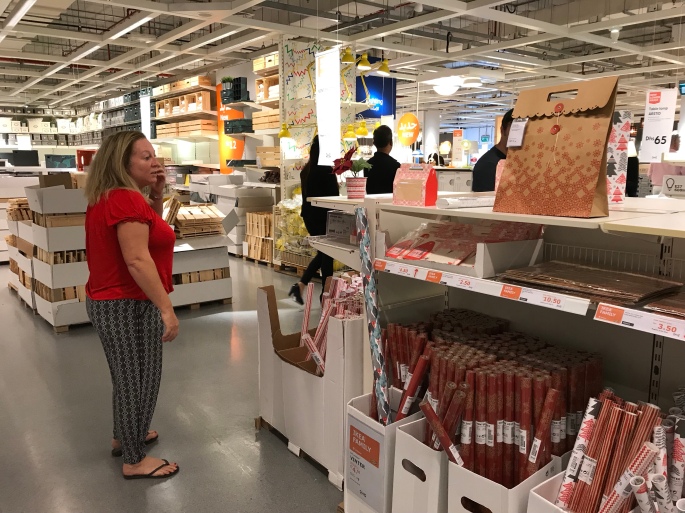 Its a serious business building a whole village, the groundwork’s coping with the snowfall, the street lighting cables to run and the ski slope to design

Karen and Tommy are humming along like clockwork, years of co-ordinated assigned tasks are followed …. but what about the visitor?

I am given a special project that needs a skilful chap. It’s “an important job” they say. So I am out of harms way putting a light together while the Christmas team forge on.

The mid-project meeting is held with the main item on the agenda agreed, a corner to put me out of harms way with my ‘special job’ is assigned (visitors have no voice on the committee).

It is nearly time for Karen to pay homage to Chardonnay and The Black Russian. Basil lies watching this five-times daily repeated scene.

The village build ploughs on, with a star generator light the scene setter

The bonding time with my sister may have reached a crisis point. Sharing her secret facial scrub mix with me (as good as Clinique apparently) and taking mid morning coffee and muffin breaks in the mall, not very macho!

I take a time-out from girly stuff and find a barbers. The quick whizz with a Number 1 shaver head and football chat is not the Abu Dhabi way, nooo, it’s 20 mins cranium topiary and chat about the amazing 30 secs of rainfall this month.

The Sunday annual fund raising event will restore manliness. Or maybe not. Mixed Netball is putting men into bibs and making them follow rules that are designed to frustrate male logical thinking. Tommy was suffering still from the football injury, but risked his recovering hamstring to make up the team. Turns out that ‘Goal Defence’ is not just standing under the net and waving your arms at the attacker. A natural response to chasing a loose ball puts the hamstring recovery back five days to its start.

I played Centre for a few games, I could run anywhere except in the ‘D’ where I was mostly needed. Then a match as Wing Forward where I can only go in two thirds of the pitch and still not the ‘D’. Rules I ignored and the referee let go once she had blown so many times she was out of puff.

The girls were patient with me, and really protective too. When the other side mentioned my coarse attempt at kick-off (or bully-off or throw-off or ball in, whatever it is called) they jumped in to my defence “leave him it’s his first game!!” Was shouted a few times. 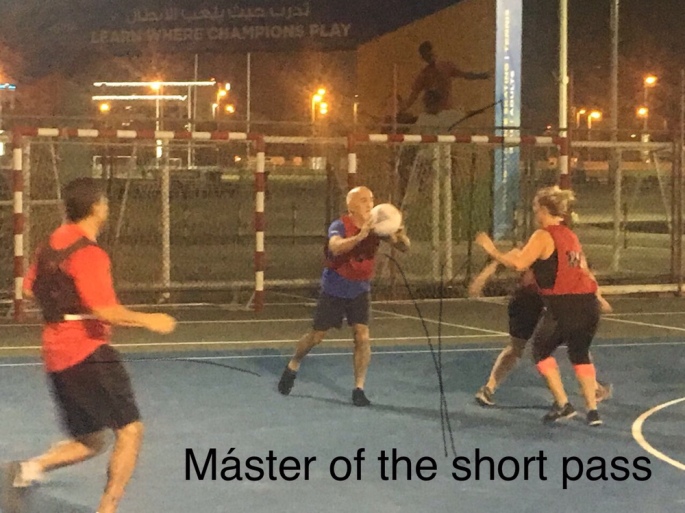 I picked it up quickly though and was voted by the other teams as man of the match twice in our five games. 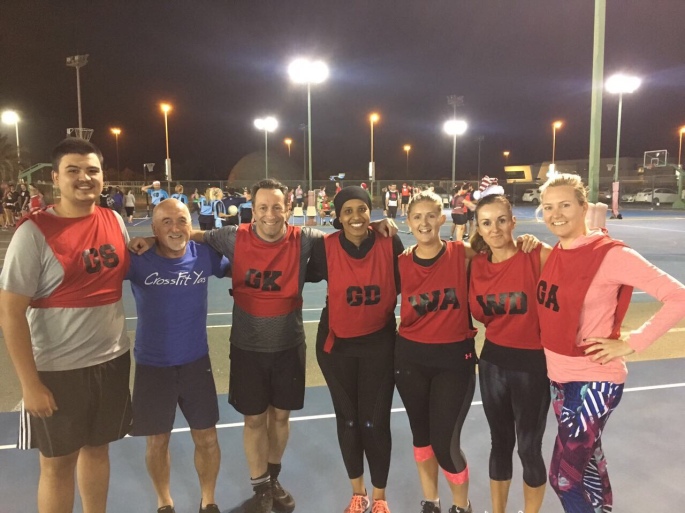 Tommy had to sit out the last three games, but good news, we now have an action shot photographer.

The FIFA World Club Champions tournament was being played in the stadium behind our three pitches. Real Madrid trained outside the main pitch near the Netball courts but no wave from Ronaldo . I’ll watch them play in the semi final Wednesday , my first World Club match 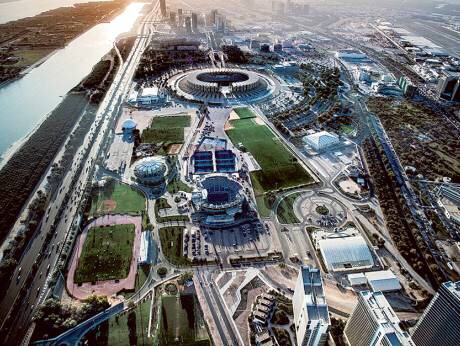 Back to …. Our tournament, our team:- captained by Stella and with three other girls who shone, resulted in two wins and three (heavy) losses, so no semi-final for the ‘Jingle Balls’ team. Us three boys didn’t do too badly and the event was great and a success for the organisers.

A final picture with a few Xmas novelties that were lying around for anyone to wear was fun. After the picture I was asked by another team if she could have my balls – another first for me 😂