Saturday had been hectic, and Prisci would now ask at every meal stop if the service was okay or was I going to practice my Spanish language and arm gesturing skills for a discount 🤷🏻‍♂️

After a perfectly served breakfast in a cobble streeted backwater, the Seville stroll started properly.

I suggested the Park, but Prisci wanted to go the opposite way and over the bridge to an area that didn’t seem to offer too much other than pleasant walking. My Park requests were getting refused and time was slipping by. My wish (other than the park) was to visit the bull ring. Once there we found a bull fight evening was scheduled for 18:30 as a finale to the week long fiesta.

We bought our tickets and I asked for the Park. Another confused look from Prisci, but she looked happier at the choice of coffee on the river bank.

The Park – my reasons to go had not been clear. Prisci thought I was obsessed with going to the Volvo to check it. Thought I meant where the car was parked (we communicate so well).

Ah – The Park. A fantastic place. 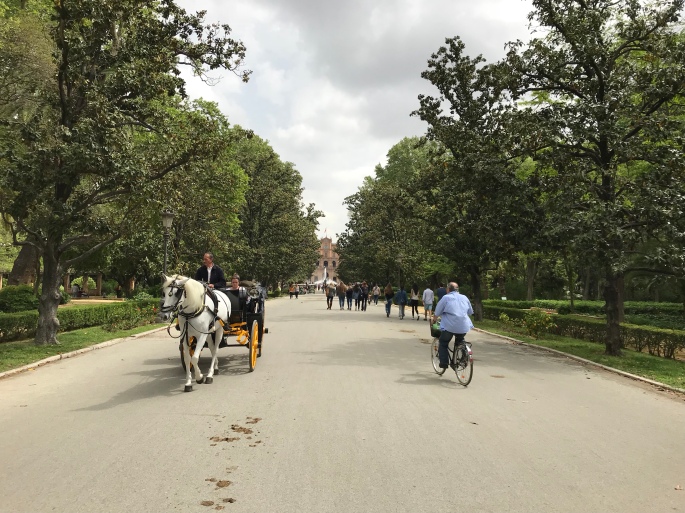 So much to see in the couple of hours we had in there.

As we strolled I couldn’t stop the Spanish tune in my head from leaking out a little. Prisci asked if I knew only some of the words other than “I, I, aye I, my sister Belinda” I cleaned the version I knew up a little and now the song was in Prisci’s head. She strolled around and now and then would sing the same line of the very catchy tune “🎼🎤 all over my new brand sombrero 🎼”

The slight rearranging of the words so cute. 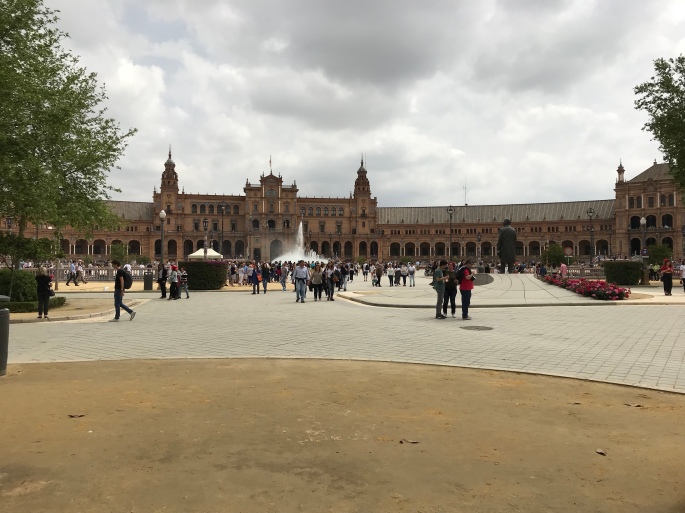 We took a row in the canal around the plaza 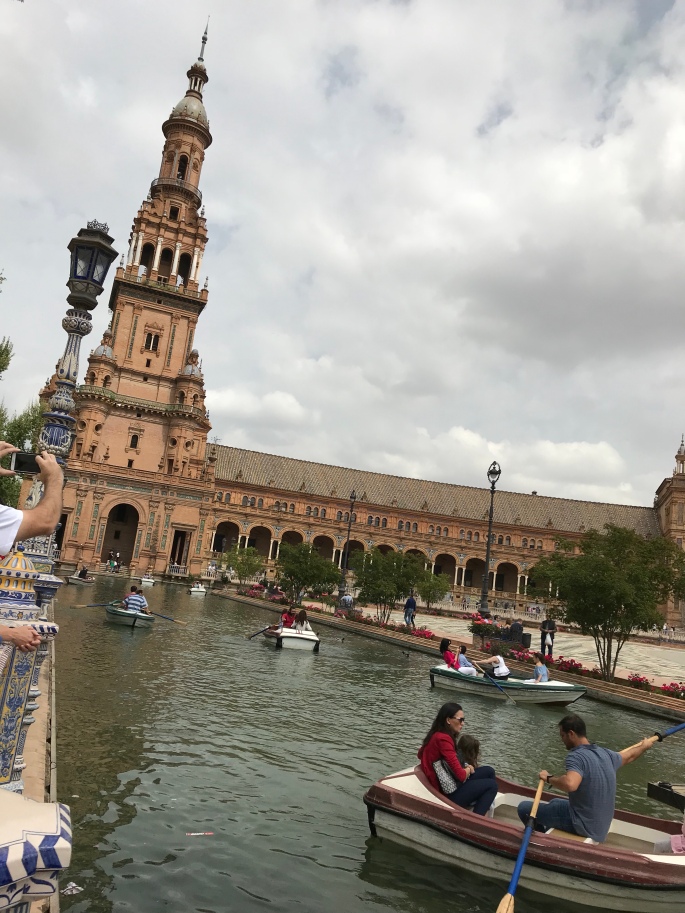 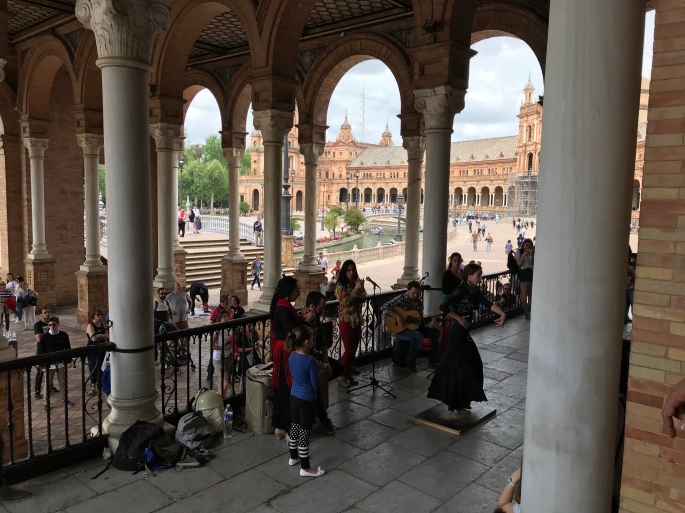 Checked out the foliage 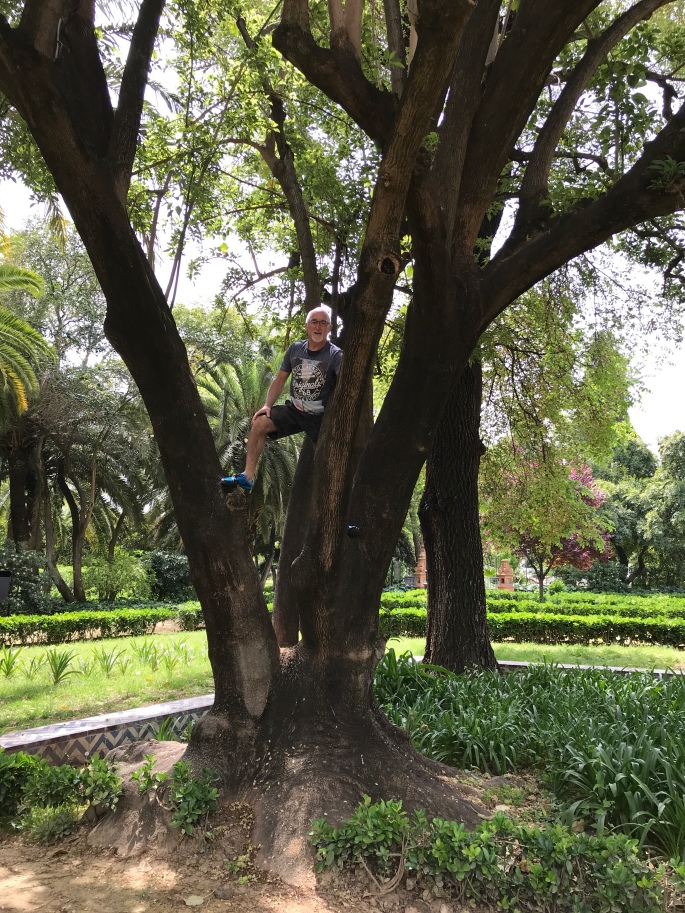 Rode around the grounds on a bike 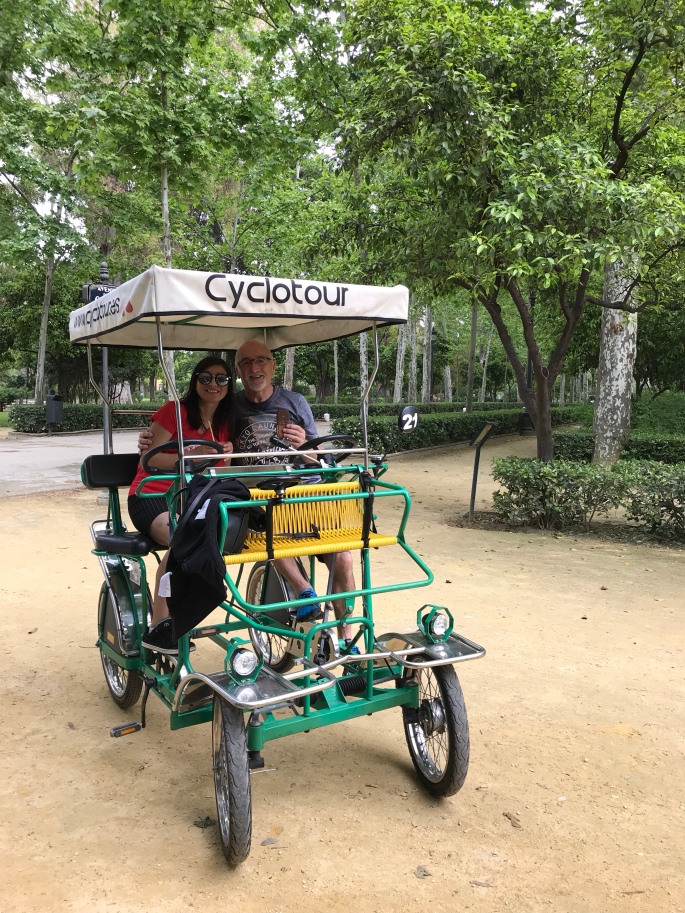 had another meal break with ideal service 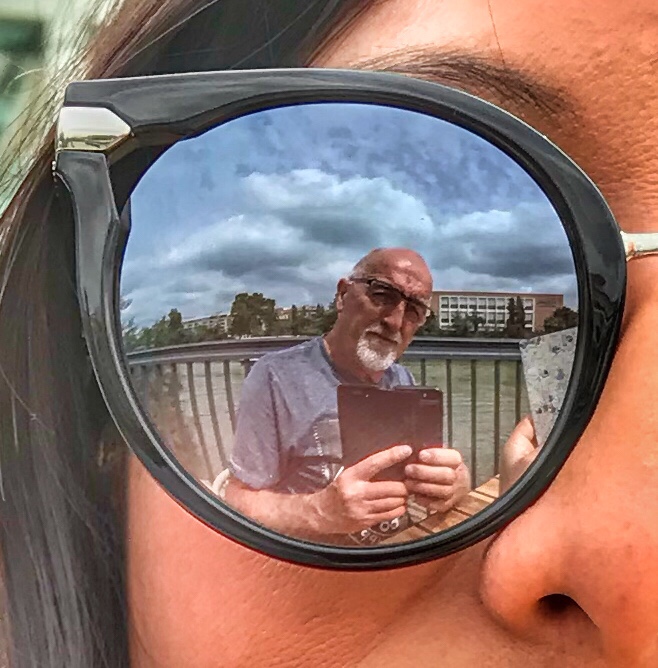 then we strolled to the Bullring. Here there was lots of pageantry, fanfare, drama, amazing skills and my first view of the power, speed, agility and fierceness of a bull.

We watched the first two matadores, then had to leave, the drive back now might mean Mazarrón before 01:00 after a long day in 33 degs sun. So ….. adiós Seville, a fantastic weekend city 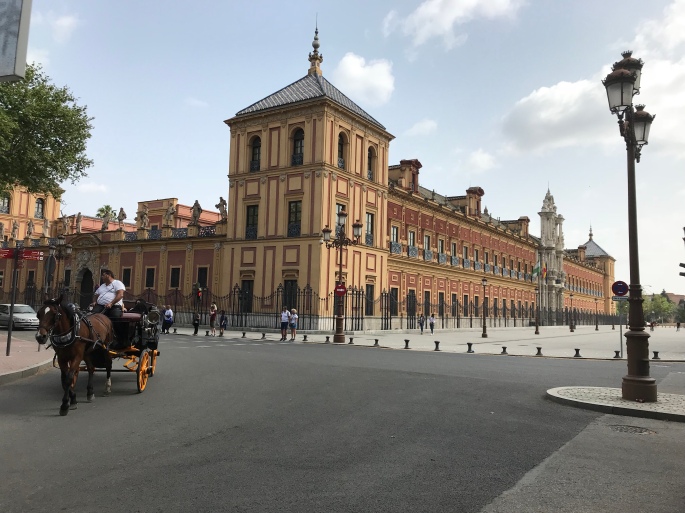