With the fuel for the 550 mile trip being another £140 it’s a total that adds up to the same £640 that Karl paid for the last Motorhome I took across Spain and through France to the Channel Tunnel.

I like the variety of routes, different scenery each journey, so it’s good the cost isn’t a factor when I make a trip. 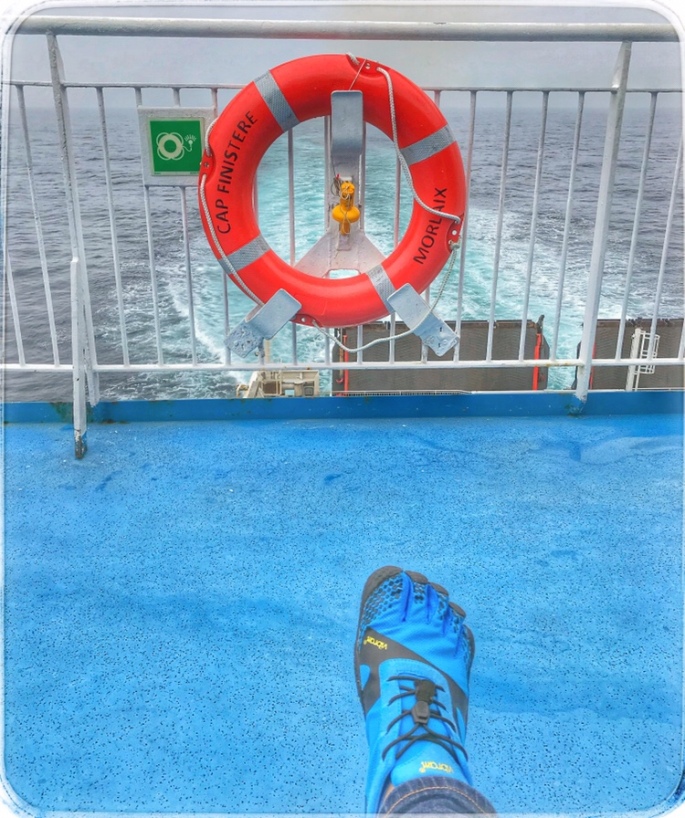 The food on-board is really good. The £10 breakfast is great value and beautifully cooked. The en-suite cabins are modern and comfortable.

Sailing into Portsmouth Harbour is always a reminder of times on a warship, and days I spent windsurfing on the Solent

The Motorhome would be spending its weekend on Carol & Mark’s drive, while I would be at the Partington’s 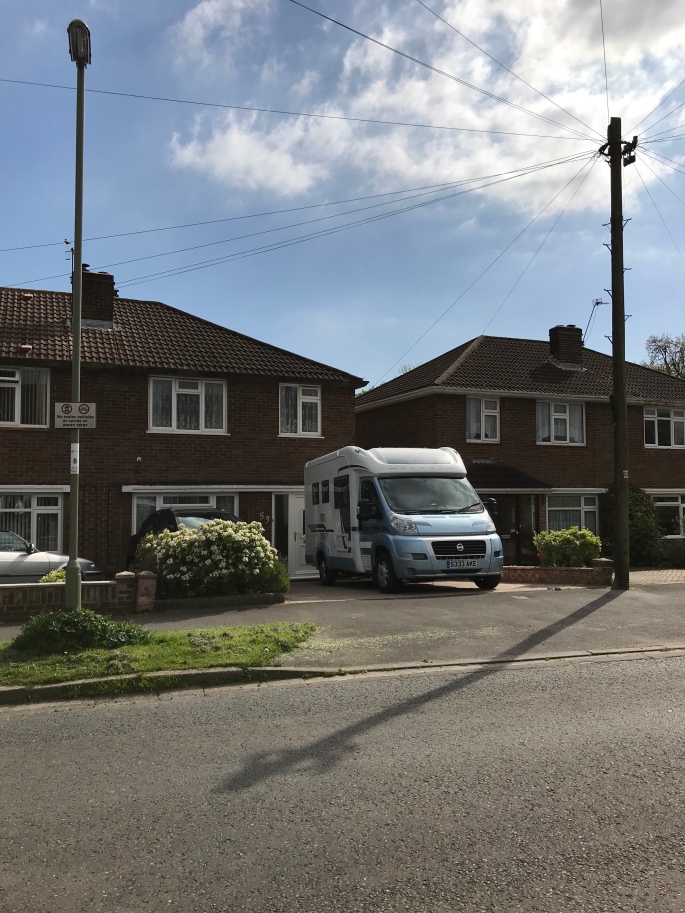 Settling in at Terry’s under the flag of the Falkland Islands, we had a beer and Chinese with an early night ready for the early morning start in the Chief Petty Officers Mess Saturday morning.

Guinness and bacon rolls in the mess, then help load the beer and food on the coach

Next stop would be the motorway services for our three coaches to join up with the South West convoy of some 200 coaches, first we decorate …..

An hour mixing with other coaches before heading on to Twickenham. The rows of coaches now filled all the car parks around the ground. Same as Fleet, get off the coach and party for an hour 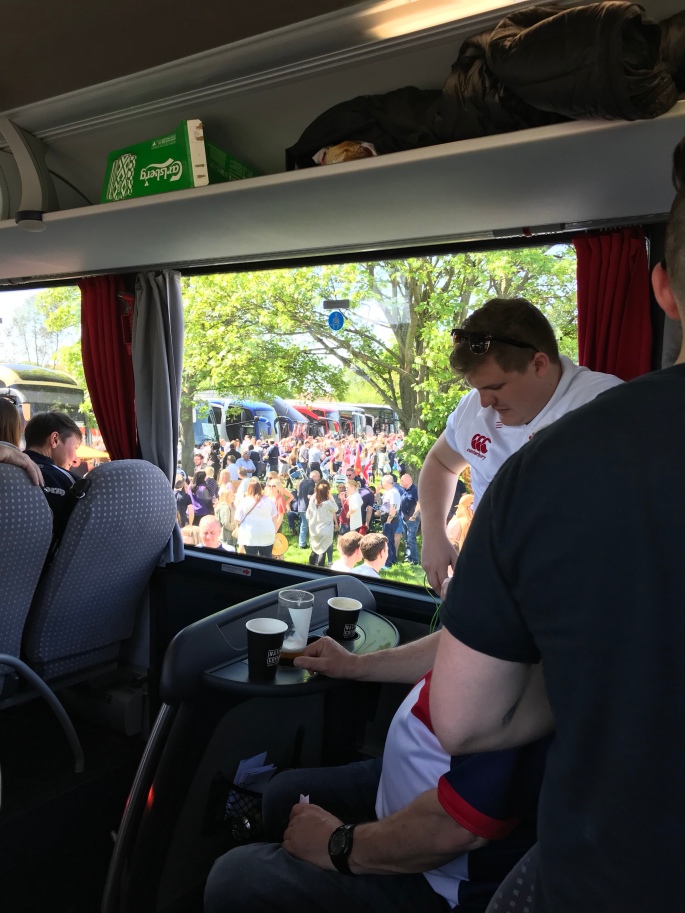 The stadium was a sell-out, 80,000, great weather and with the Guinness/hip flask/Port, it was not easy to keep focus on a match that went the Army’s way 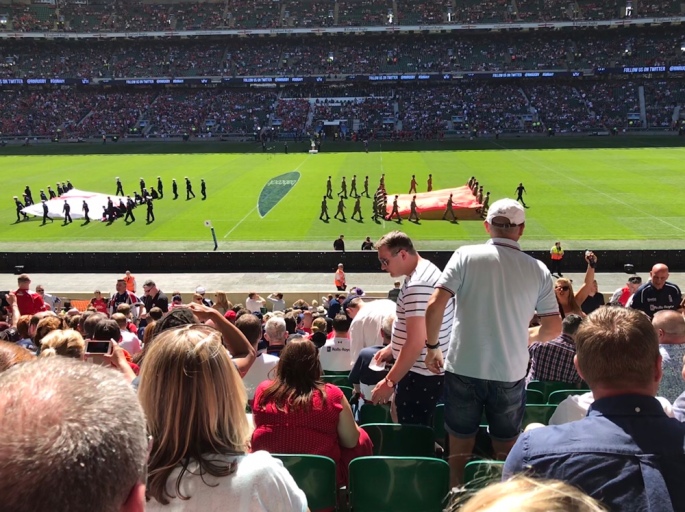 The journey back was notable for the singing – I think ‘Sweet Caroline’ just pipped the Proclaimers ‘Walk 500 miles’ as most raucous tune. The Proclaimers would like the change from “der de der de” chorus to Terry’s version of shouting “Bobby Davro, Bobby Davro” which caught on well.

HMS Collingwood CPO’s Mess welcomed us back with pie and chips and a few more beers, then Terry, Ed (youngest of his two boys), Pat and I headed home. 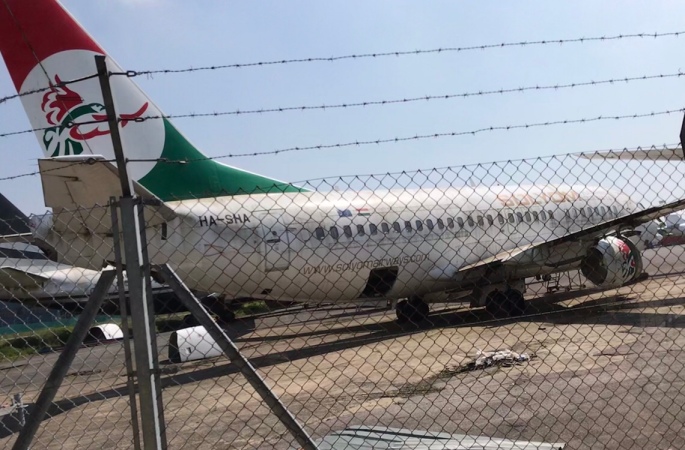