After a busy Saturday with trying to align a satellite aerial,

(it was a used unit replacement as these things seem to cost around £350 new).

A taxi job was included in the morning side-track tasks to collect Peters Motorbike. A problem with a broken ignition switch added an hour to the job.

Just time for a nice lunch with Valerie and Peter before collecting Prisci to get the hamper filled for the river walk Sunday.

It’s a 90 minute drive to Abanilla, a town that is quite steeply built on the foot of El Zulum.

A coffee stop in the Plaza del Constitution had us looking up the steps for Prisci to find an excuse not climb them. 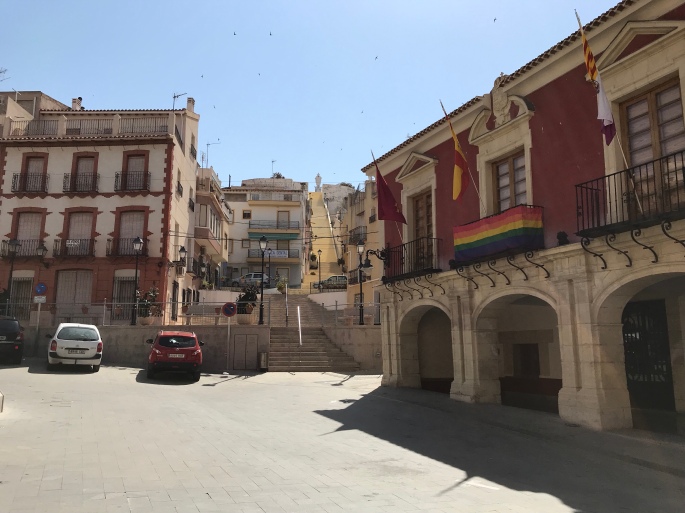 No excuse good enough, and in the 12:00 heat we smiled at the locals sitting in the shade and trod upwards in 36 degs sunshine.

Looking down to the square we could see the car sitting and turning into the oven that would welcome us back.

Prisci took shade while I walked around the summit, hard to find her when I looked back 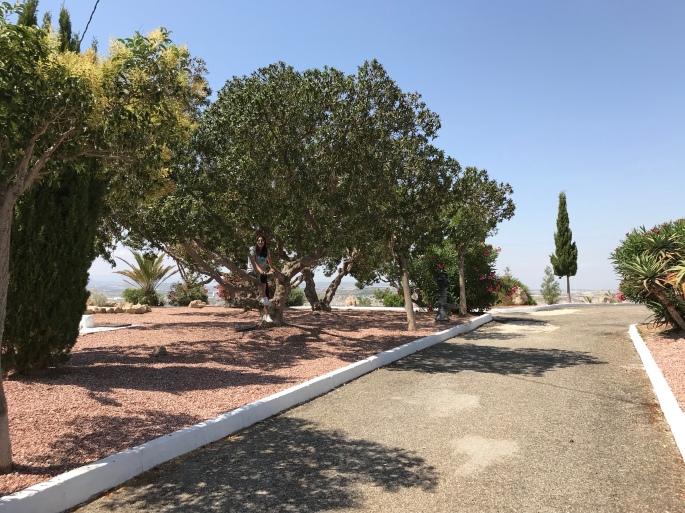 The route down to the car was through the streets that sometimes felt it could be a Brazil Favella. 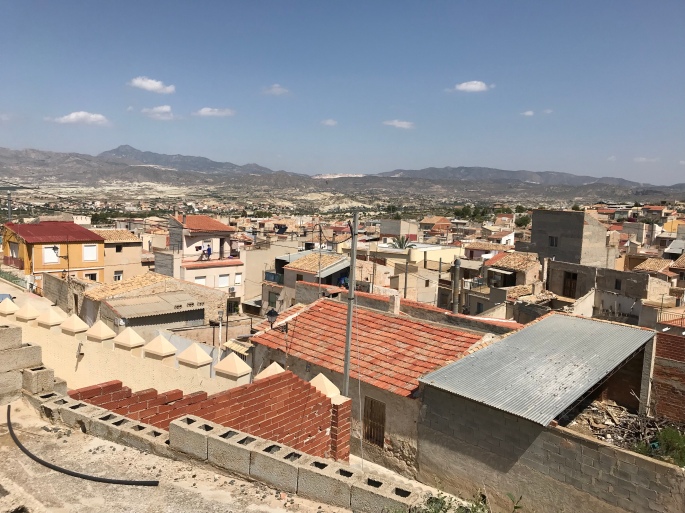 Out of the town and on the way to the river source, we went through Mahoya. The square had a nice cafe/bar and a beer was due after the steps. I could see a modern looking front on an old building from the shade of the awning. 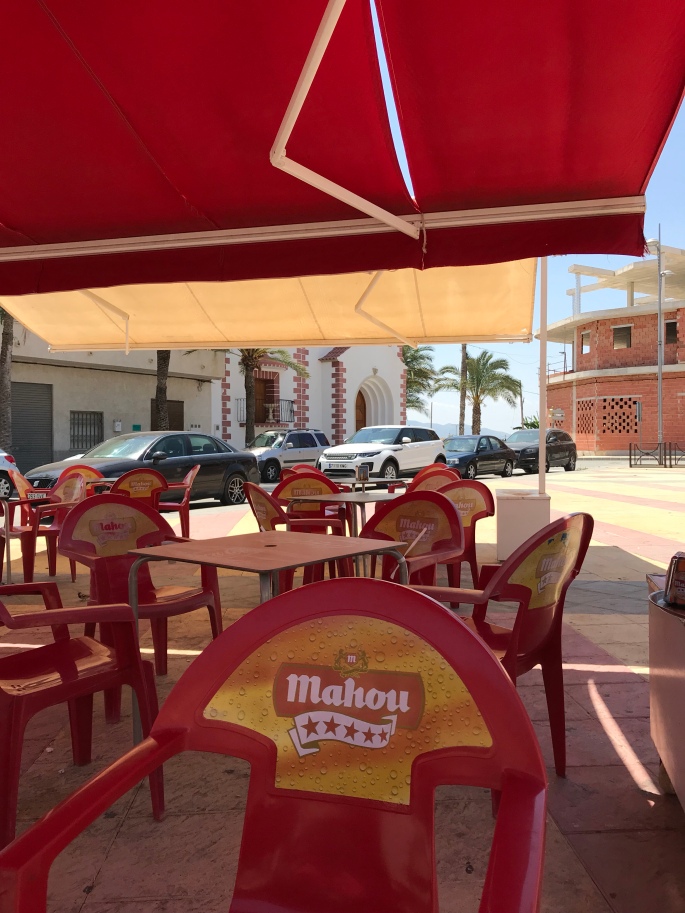 “Looks a little like a church” I said to Prisci.

Ever so helpful, she said “it might do, because it is – the beer and sun are both a little strong today I think” 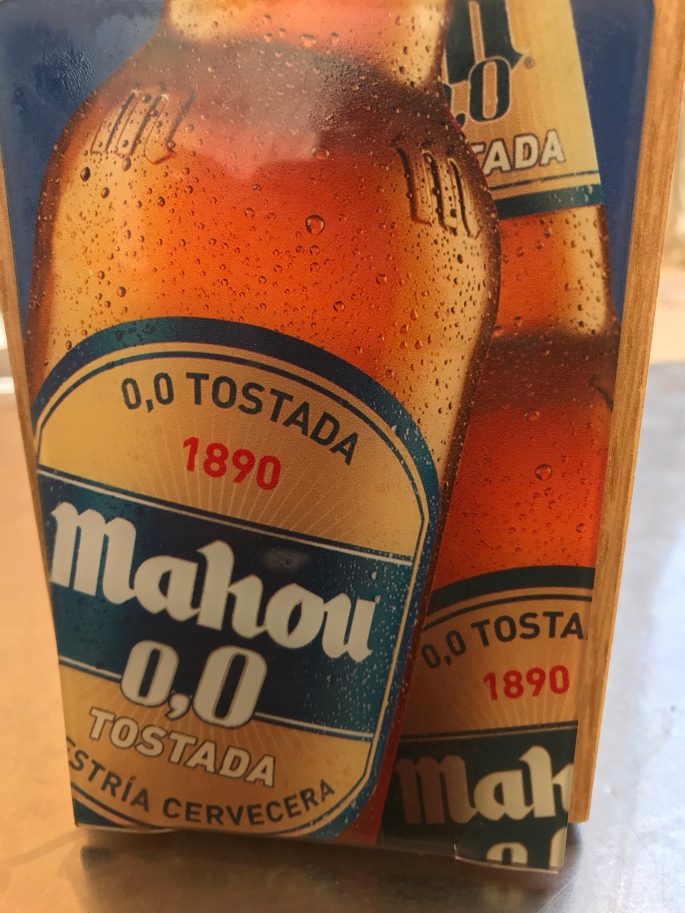 Not one Church / Ermita was passed all day without a cheery “Does that house look like a church Cliff?” 🤷🏻‍♂️

We left the town square and found the Rio Chícamo. The river bed looks massive in some places, but in summer we were lucky to find it as a stream when we walked down into the Rambla 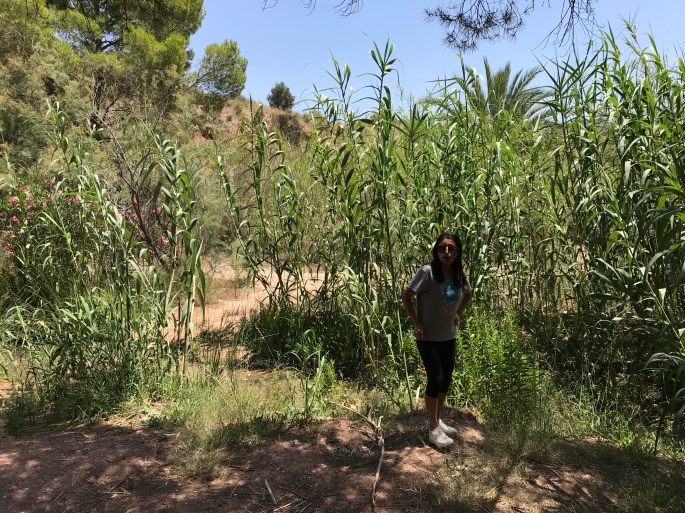 There was enough time after the walk to watch the Spanish cheer their World Cup team as they scored nil goals (Spains goal was a Russia own-goal) and missed penalties. It was a new experience for supporters here – normal service for us Brits watching our national team.

No swim this visit, but hopes are high for next Sunday:

Calasparra is situated o­n the confluence of three rivers, the Segura, Argos and Quípar, and surrounded by the sierras of Puerto and of Molino. As water is so important in this dry land, it is not surprising that this area has been inhabited since prehistoric times and cave paintings over 4,000 years old have been found here.