It’s a short cycle ride, 3Kms, in 30 degs sun from The Firth residence to Discovery Harbour. The site was a former RN base. Built to save Canada from USA attacking after the 1812 war (protection of the English fur trade not a priority🤔). I’ve been in many dockyards in my 22 yrs RN time, I’ll enjoy exploring this outpost fully to compare (I paid it a coffee visit last year but now invest C€7.91 for the whole experience) 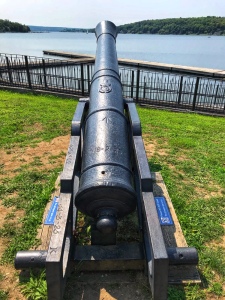 The site is 2km on the banks of Lake Huron, with little around it. Sailors not used to the extended shore time, little work on the upkeeping of the four small ships, doing tasks such as gardening and log cabin repairs, became bored and many turned alcoholic or simply deserted. Getting into trouble only took me two hours…

The nice views last six months, deep snow in -40 degs would maybe be a trial for the other six months? 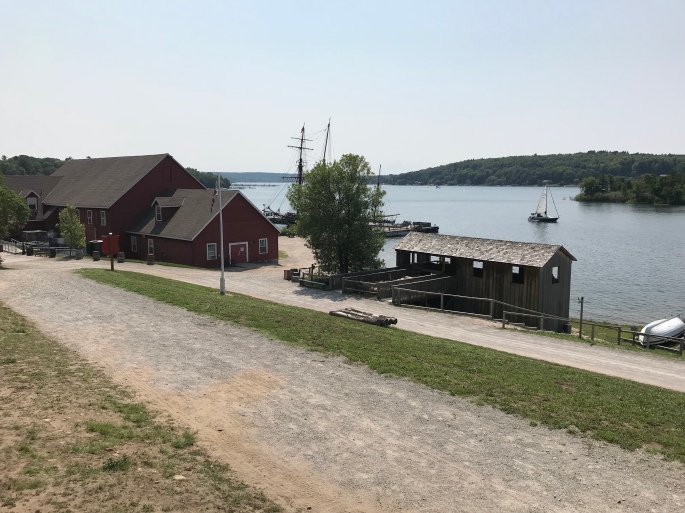 The trees in the woods behind the barracks are part of a night ghost walk. As well as capturing cut-throat pirates on the lakes there was also the odd violent slasher female to capture and punish 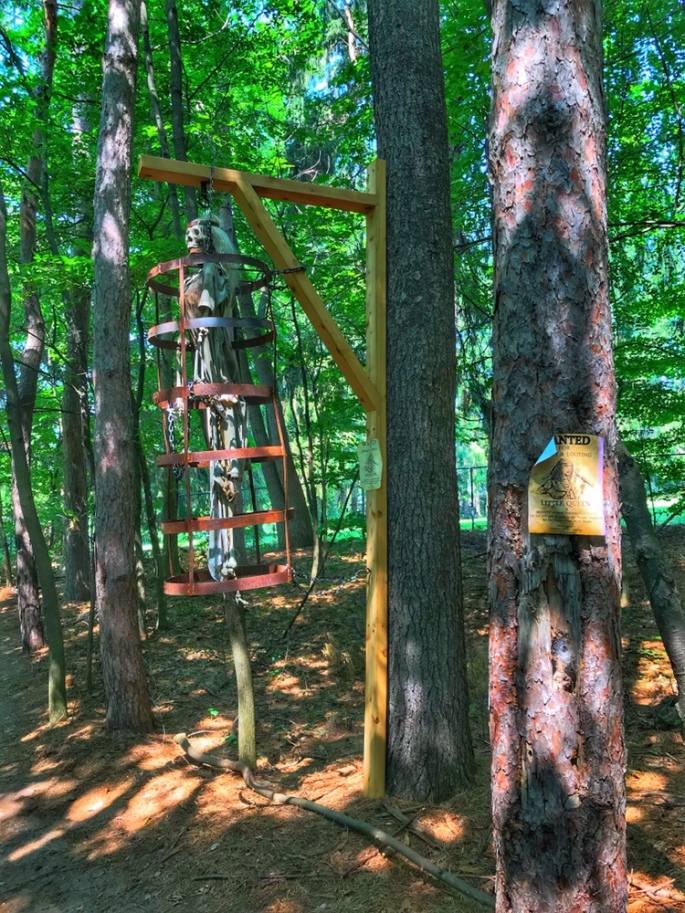 Busy taking the helm, I avoided grog and inns of ill repute – Uckers and hammock by eight bells was my routine

The original HMS Tecumseth rotted and sank in the harbour. Preserved now in a purpose built museum on site, with a replica ship that was built to take cruises on the lake just a few metres away on the pontoon.

a steady hand needed to sail her in…..

The HMS Bee was a supply schooner:

At 79 feet long, H.M.S. Bee represents the original supply schooners (Bee, Mosquito, and Wasp) stationed at the Penetanguishene Naval Establishment from 1817 to 1831.The original Bee was built in Nottawasaga. It ferried goods and men between the Nottawasaga depot and Penetanguishene, and made occasional trips to the Northwest.

The larger lightly armed – two cannons and two cannonades- is:

H.M.S. Tecumseth: a 124-foot replica. The original was built in Chippewa in 1815 and transferred to the Penetanguishene Naval Establishment in 1817. One of two warships at Penetanguishene, the original Tecumseth eventually rotted and sank in 1828 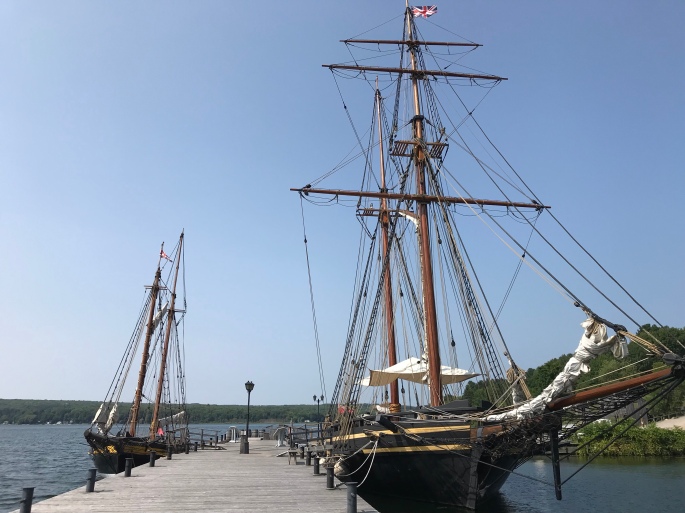 The call is – ‘Shit, Shower, Shave, Shore” so ….. Collected my ‘pegging-in board’ chit and can now proceed ashore to the nearest ale house me hearty.