After watching Bohemian Rhapsody 🎬 – really enjoyed it – the sight of Stu running to an open gate for coffee (panic in case he missed a cuppa) made the tune haunt me all day, 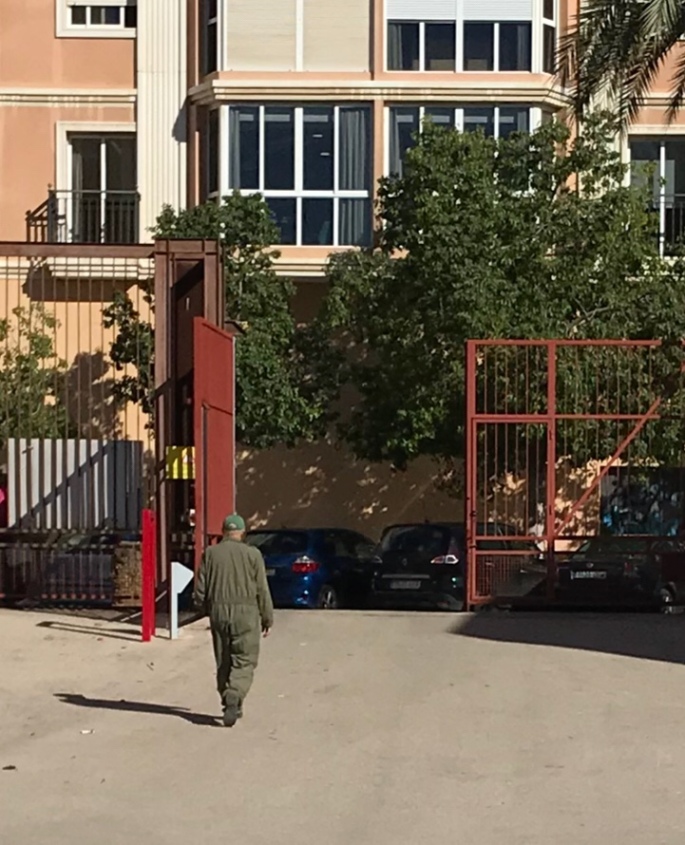 The work on the Radar unit is nearing an end to its electrical/mechanical fit-out. The next few weeks will be spent painting inside and out.

A spare motor for the Radar drive and spare program control module will be made ready as ‘hot spares’ from a washing machine donated by Peter (ex Royal Navy diver), a fellow working volunteer at the Military Museum. 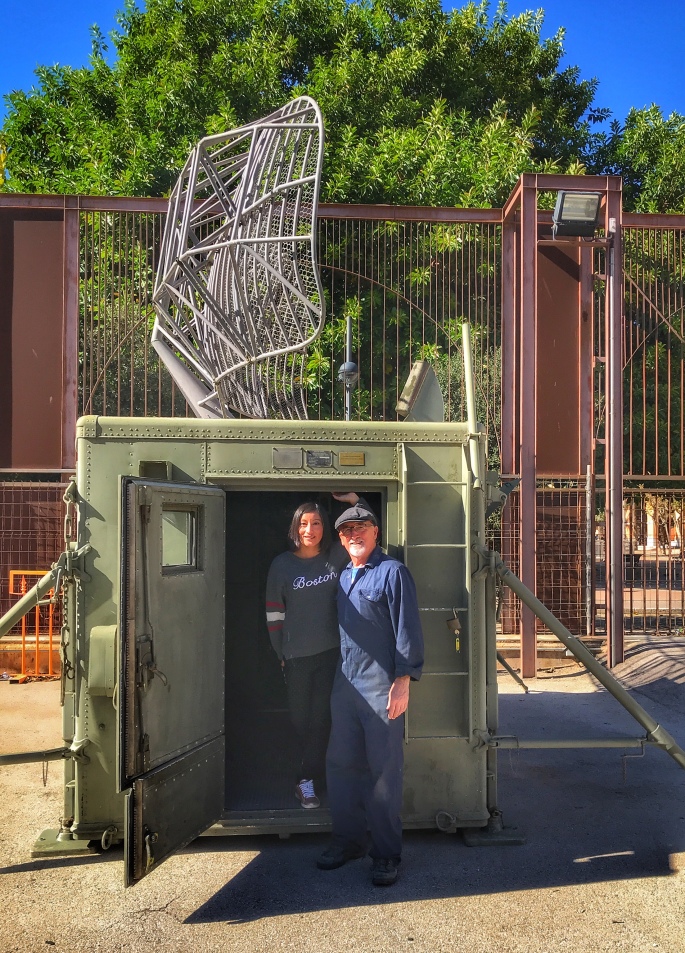 Homeward bound, and a coffee stop in Pablo’s gave a view of a reverse dog-sleigh. The owner aiming to make the 320 metre climb with a smug looking Labrador taking in the sights from his trailer 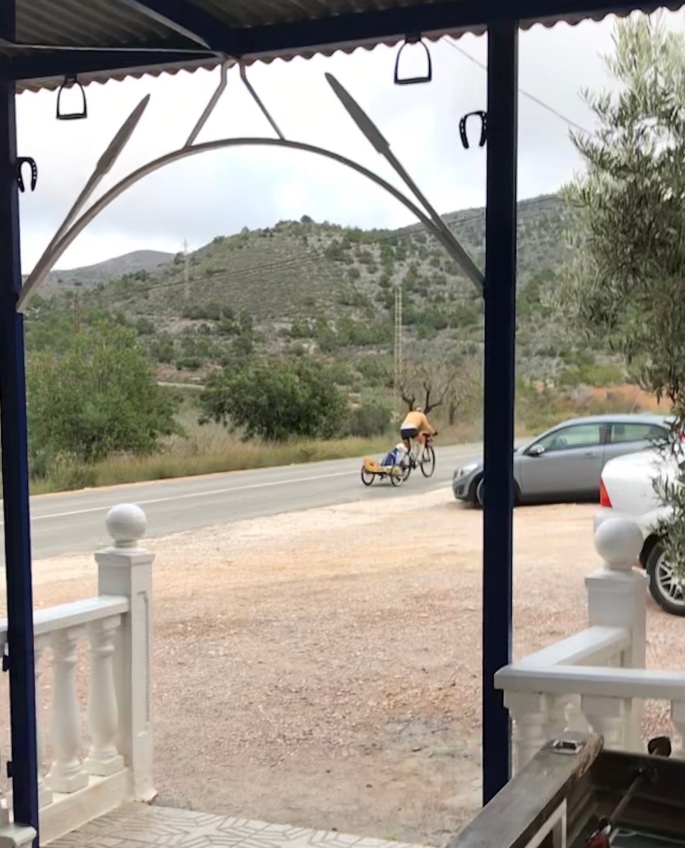 Prisci and I also gave the Cuesta challenge a go, with a credible time for the uphill. Downhill however was impeded progress as Stu ambushed us with Cerveza at Pablo’s 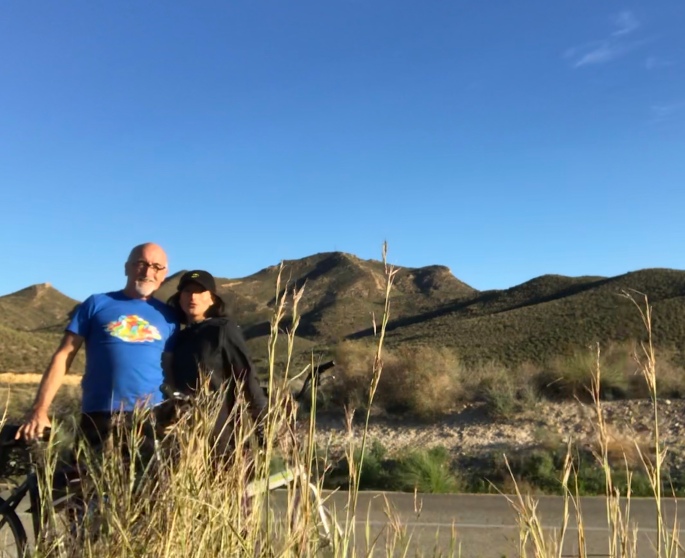 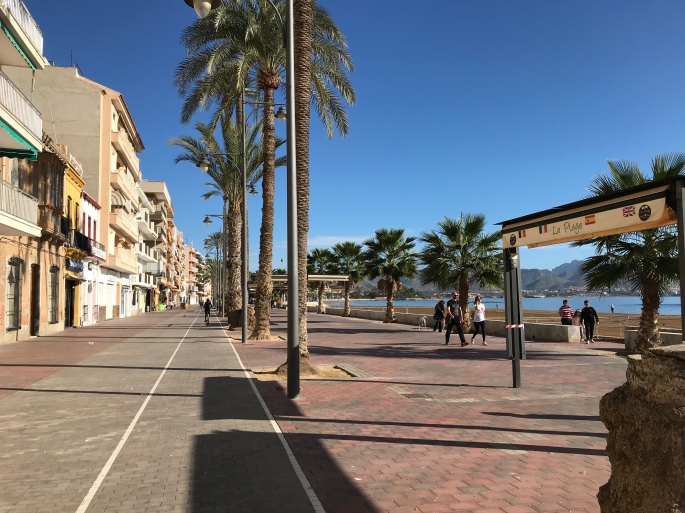 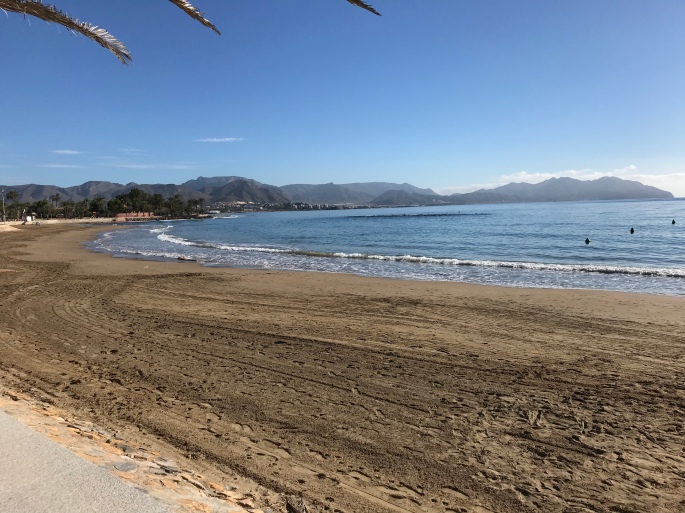 Remembrance Day was marked with a ride to the church at Islay Plana, where I pictured the clock at the correct time, but waited an hour in thought until syncing with the U.K. in showing respect 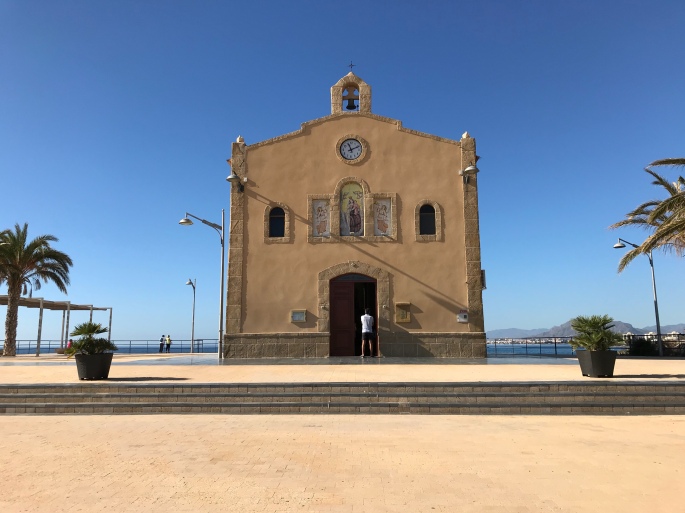 Monday was a birthday celebration for my Spanish instructor, who is failing still on achieving any fluency in my language skill. 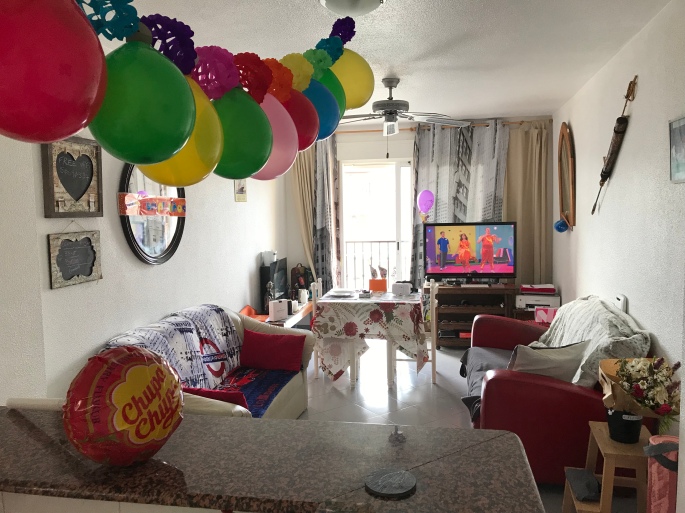 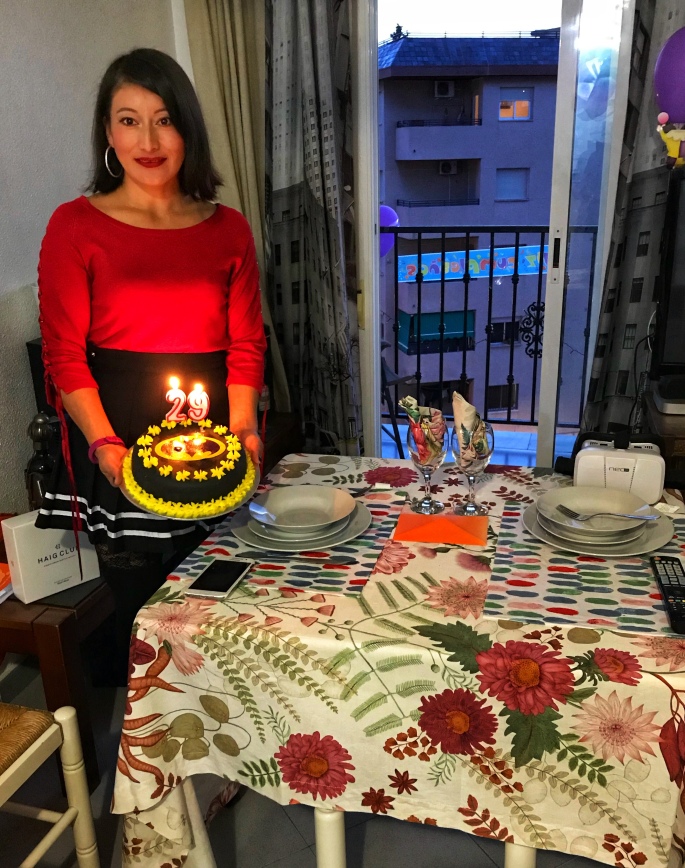 Now being given Spanish Nationality, we attended the National office in Cartagena without the baby they demanded last time. We were prompt, as the security guard had admonished us last visit for arriving a little after nine for a nine twenty appointment.

The same guard was smoking outside the building as we approached for a nine o clock appointment and said ‘Hola’. We walked to the door and he stepped in front of us. We were ten minutes early, the waiting room doesn’t open until nine he told us. So a coffee and Tostados across the road🤷🏻‍♂️ 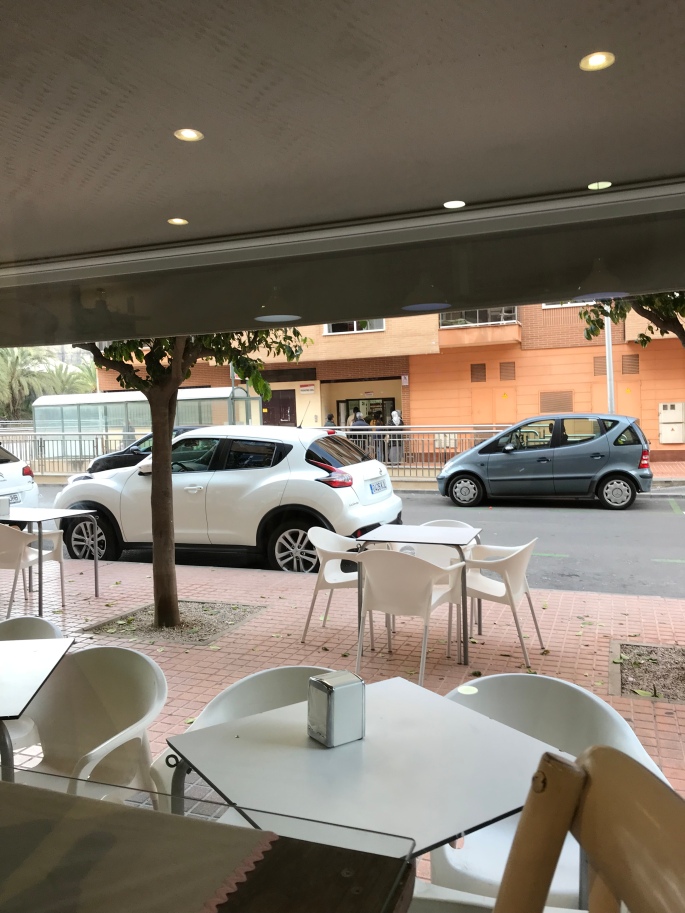 The place was twee, with great coffee and fresh pan, so no complaints here. 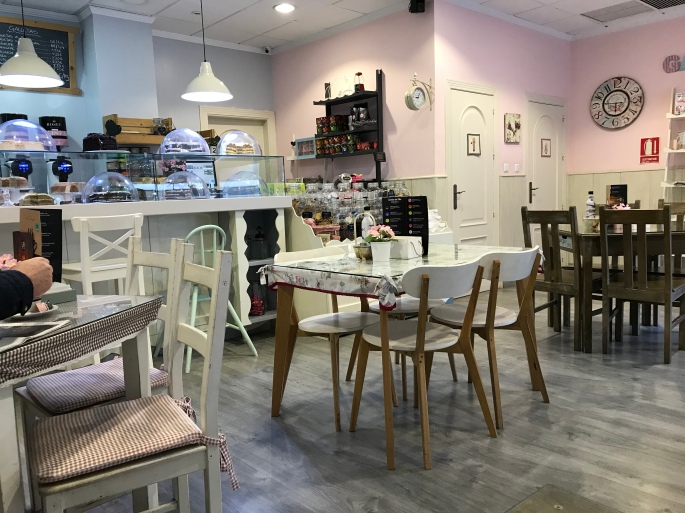 I’ve cracked a few jobs this week, but it’s been slower than most with time spent on paperwork.

Lighting restored at Karl’s, and a new circuit fitted with approved connections were the most technical outside of the Radar work.

In the paperwork world ….. The Spanish admin system is one to work around. The letter from Totana with instructions to attend in Cartagena was followed (one hour drive to Registro Civil) only for Cartagena to say that Totana need to process the final document. An hour drive to Totana and discussion with staff as to needing an appointment at their Registro, reconciled by the fact that the place was empty with no booked appointments for the two staff to actually do any work.

Ten minutes to enter data and make one signature and we are told the next stage !!

Collection of the final document has to be made via an on-line appointment at the National office. On-line appointments at Cartagena are one month wait, but you can book at any office of five in the region. Finally it gave an option of an appointment only ten days waiting in Lorca (an hours drive in a different direction to Murcia, Cartagena and Totana – completely normal here to get this run around that can vary dependent on an officials mood or opinion of you. 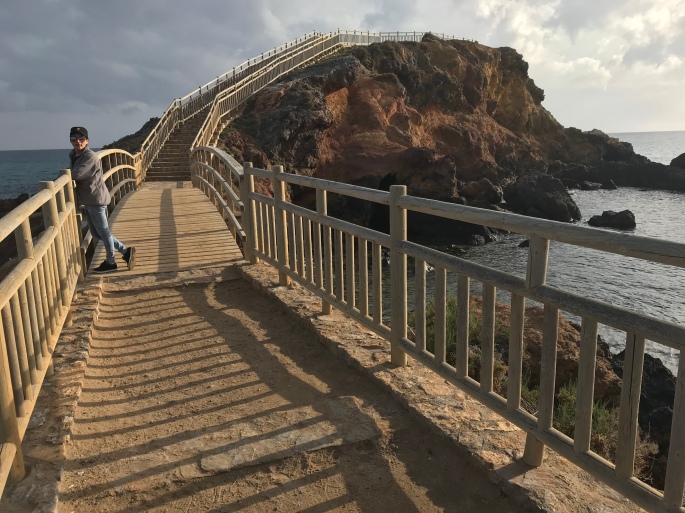 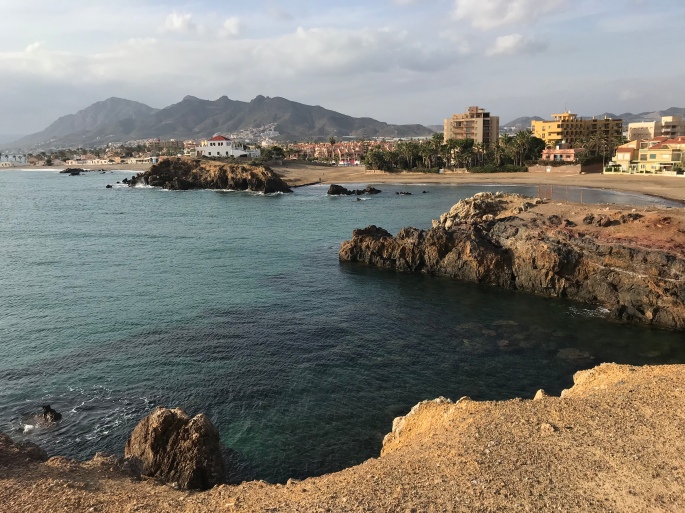 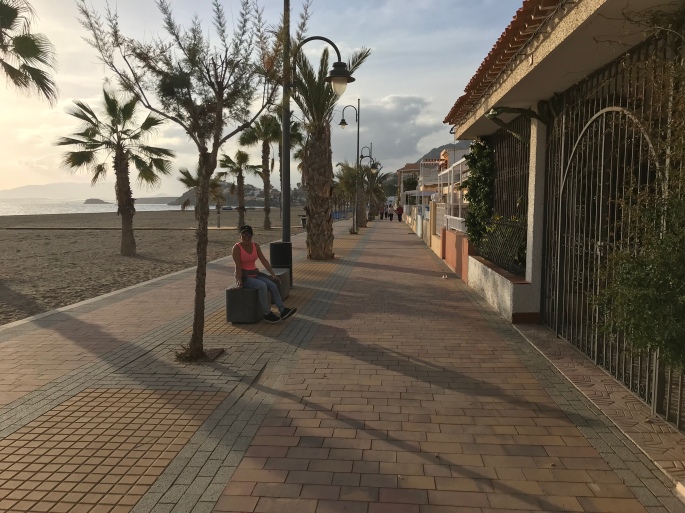 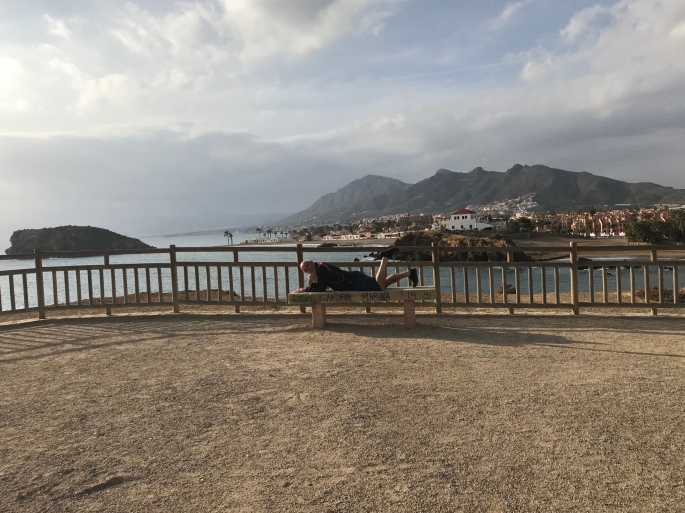