The red carpet was out in the City of Murcia, and following around sites and plaza’s I’d not seen in many wanders around the streets was pleasant

Coffee outside the Ayuntamiento, which reminded me of the Eva Perón scene on the balcony in Buenos Aires, was followed by a river bank walk

Timmy, Prisci’s dog, was about to undergo follow-on surgery to the throat lumps he had. The recovery time from the first op was shortened

And dog-sitting extended after the second op 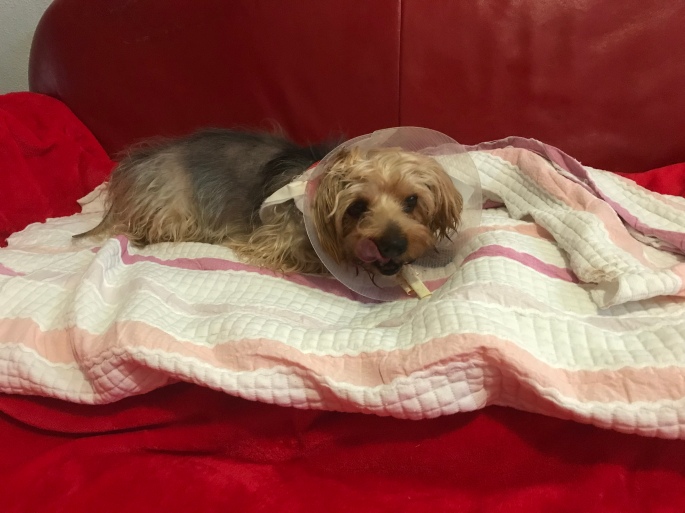 Wednesday work at the Museum was spectacularly successful, with the aerial now freely rotating with the gearbox configured without the unnecessary secondary units and oil replacing the heavy grease that was needed when operating in sub-zero to equatorial climates.

A satisfying result at a fellow Museum volunteer workers home in El Portus was tracking an electrical fault that had caused daily multiple drop-outs for some time. The drive from the coast/inland/coast is worth doing the job for, and Peter is an ex-Royal Navy man.

Peters new washing machine was suggested as a cause by some. The day I arrived was the same as the engineer on call to it (I think we share the same barber). 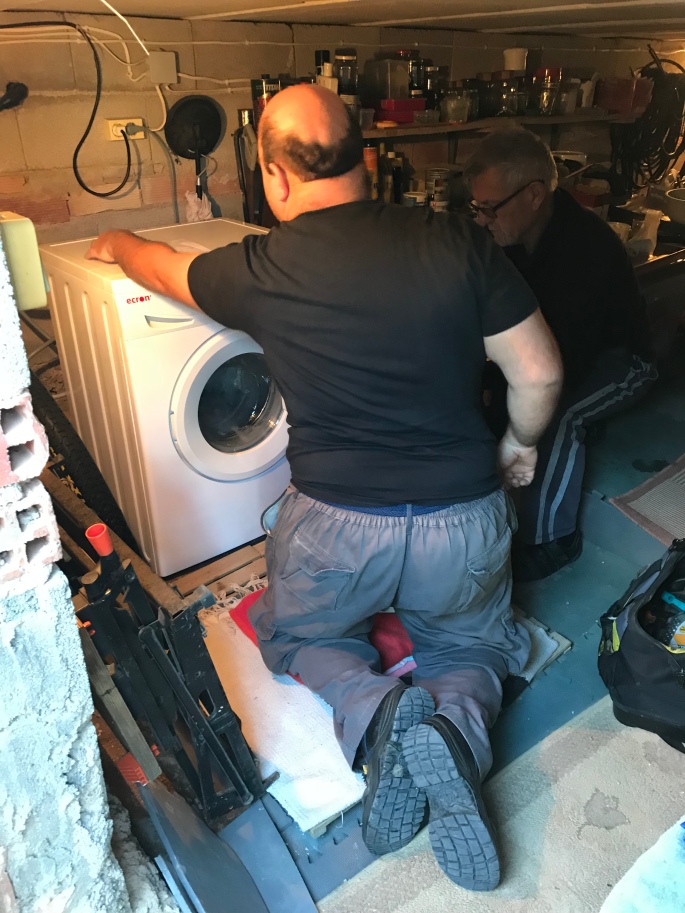 I had suspected the aged RCD, and to eliminate this I changed it for an equivalent MCCB.

Whilst moving the cable I found the ‘live’ red lead from the supply (lower right to upper left) was completely loose in the terminal. This feed wire also coupled the next breaker. Both wires pushed firmly home and terminal made tight was the real cure, the RCD may have degraded due to the fault too. The reason for intermittent trips after the new washing machine was thought obvious and Peter’s home runs un-interrupted on full load.

The 26 degrees weather returned after a few days of heavy rain, and its strange to see empty beaches over the last weeks in weather that would see fights for sand space on the U.K. coast in August. 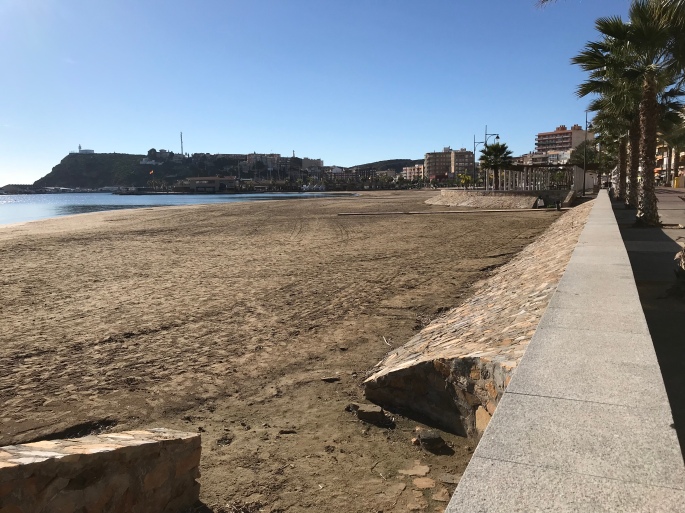