Stu took us on the airport run at 08:00 Monday morning. Just a 30 minute drive to Corvera where Ryan Air would be waiting for the hop to England’s South Coast.

The Region Murcia International ((RMU) airport staff had to check my baggage and three places on my skin for drugs as I set off the alarm when passing through the security barrier. Happy I wasn’t one of the grey drug mules gang, I waited while Prisci was sent around again for leaving her iPad in her carry on bag.

The flight to Bournemouth went quickly, and the bus to the city centre was a bargain £2.50 for the one hour journey from the ex-Military airfield.

National Coaches were pre-booked to take us and our carry-on sized luggage to Gatwick. The Travelodge room for the night was only £40 and handy for the 08:30 check-in with British Airways.

£320 for a return ticket to Toronto – surely we would be travelling in the hold or serving the teas! Comfortable seats, good entertainment, nice meals, it was superb value from BA, and a loop around Gatwick was a chance to view it before going through Britain’s rain clouds 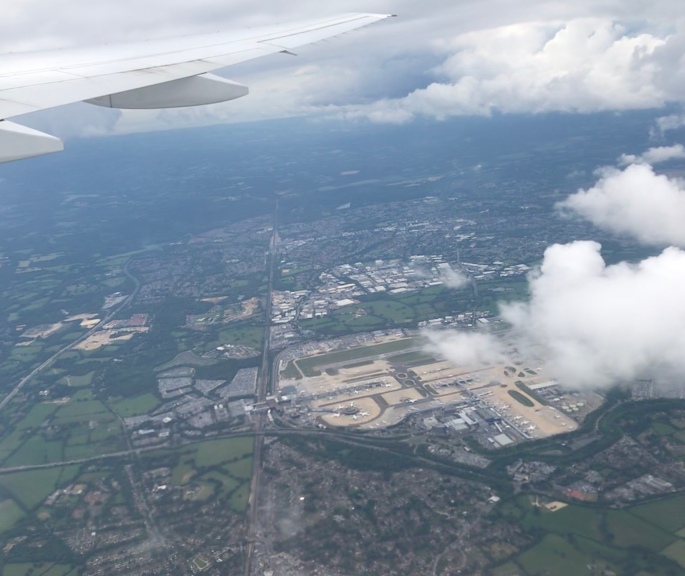 Rewatching Bohemian Rhapsody and a very poor effort at the Telegraph crossword passed the flight between dozes.

At Toronto airport my carry-on bag went through security three times before we could move through and catch the UP at Pearson Airport. A tram service like the Docklands Light Railway takes you to Union Street in the city (Union / Pearson). The plan was to take a little walk past the Sports Dome and CNN Tower before catching a train to Barrie 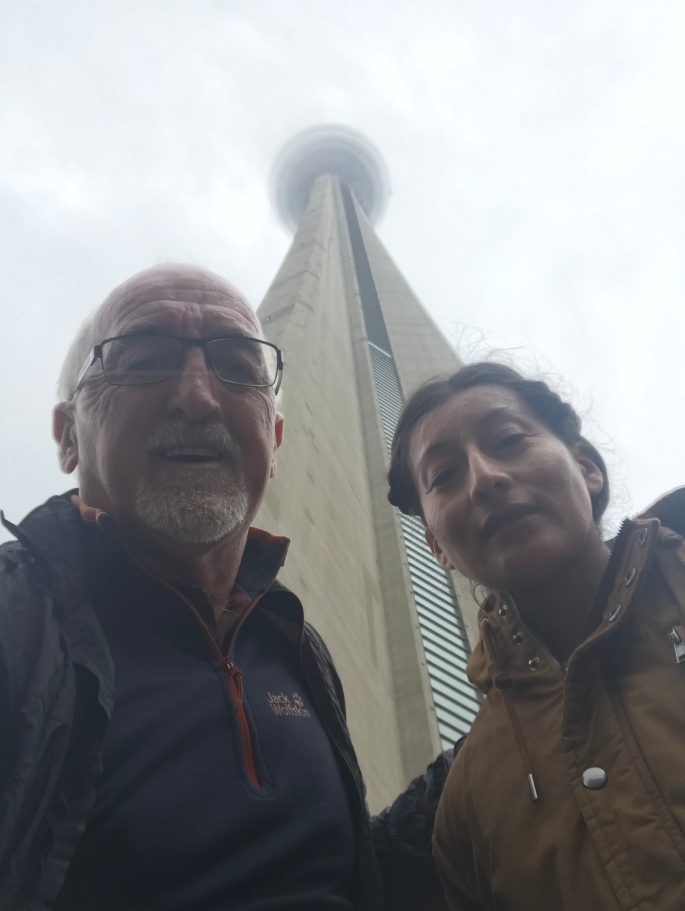 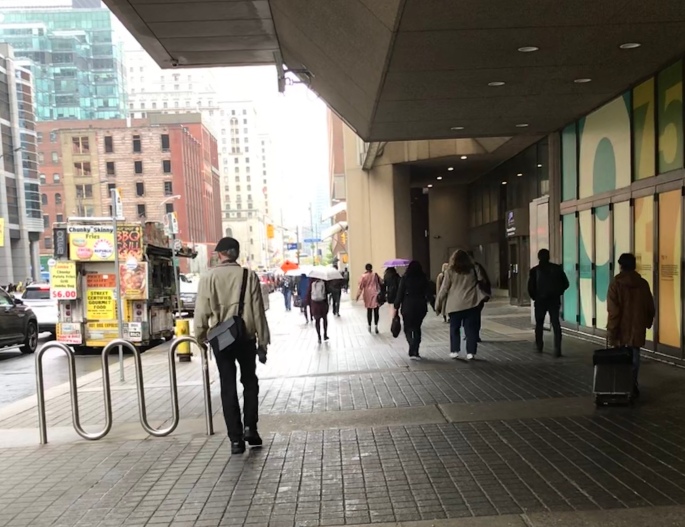 Barrie is halfway between Toronto and Penetanguishene, with a train service every 30 mins.

One hour on the train to sightsee and have our hosts only needing to do a two hour round pick-up trip instead of four hours seemed fair.

Kevin and Joan were waiting at Barrie rail terminus, which is a lakeside stop that is free from any hindered ticket office view.

Quickly into the car parked alongside the track, they had a Tim Hortons coffee and a box of mini Tim’s doughnuts ready for the one hour drive to Penetanguishene. 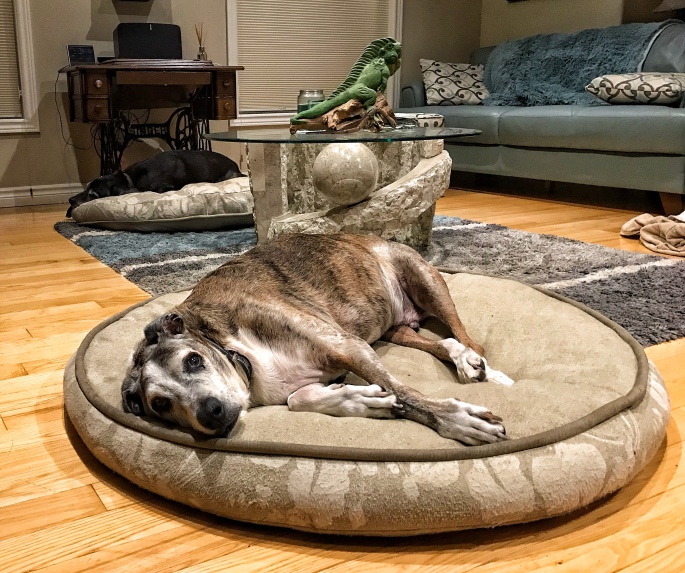