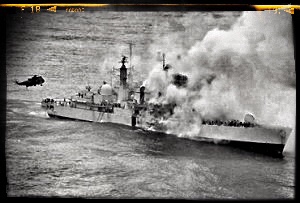 After six months sea time in the Gulf, popping down to the South Atlantic before going home, to chase the naughty Argentines off the islands was a life learning trip.

As a civilian in the MoD in 2007 working on Tomahawk, I wrote a piece for the Civil Service magazine. 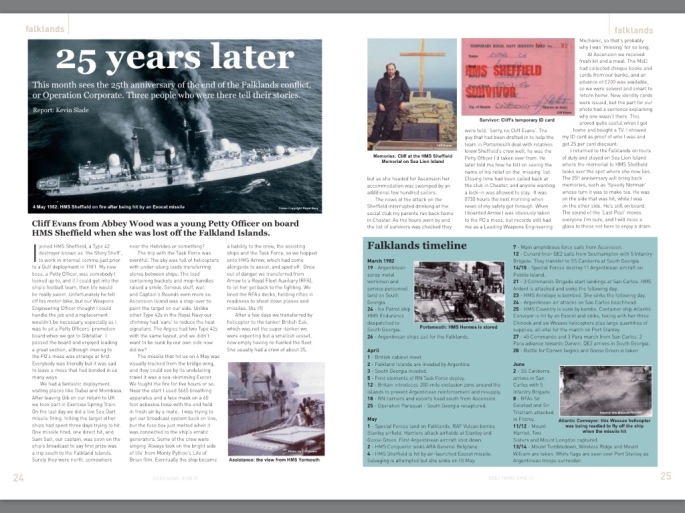 My service docs were sunk with the ship, pity as I had my recommendation to go to officers course. I would carry on the Artificers course, serve as a Sea Wolf Engineer and leave after 22yrs as ‘Chief Petty Officer Articifer’

The confusion of war:

I was promoted in 1981 as the Sheffield sailed to Gibraltar, passing my board there. Gib Rock Race done and then onto Abu Dhabi, Dubai, Muscat, Mombasa, spending Christmas in the Gulf ….

then homeward bound and stopping again in Gib before a scheduled four days to Portsmouth in early April. 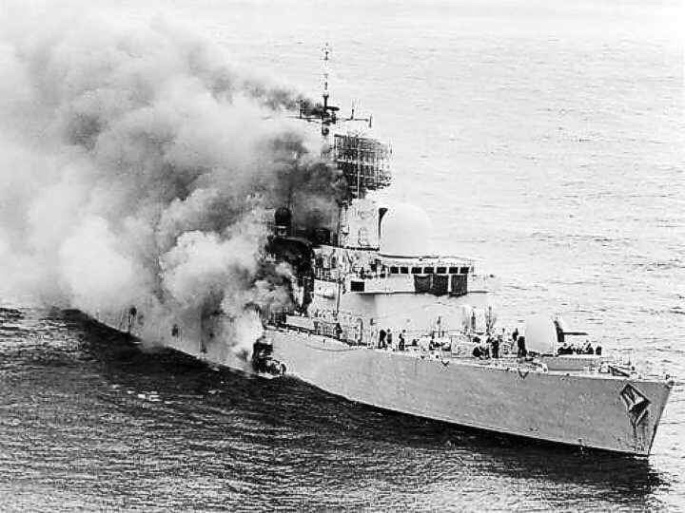 The list of survivors sent to U.K. didn’t have an LCEM Evans, so it was bad news to my family.

The guy I relieved in charge of the communications section was now working in the Naval base manning lines to respond to to the sinking of his old ship …. and he saw POWEM Evans, he was relieved and then had a message passed to my family, which was now some ten hours late.

Sheffield ships company were spread out on a few ships in the Task Force before a BP tanker that had refuelled the fleet took us to Ascension Island, from there to be flown to RAF Brize Norton and reunion with families

The heart condition my father suffered was worsened, and he passed away with a massive heart attack eight months later. He had sat through the night with everyone locked in the Capenhurst Nuclear Fuels Social Club (my parents managed the club). A stressful night for them both. 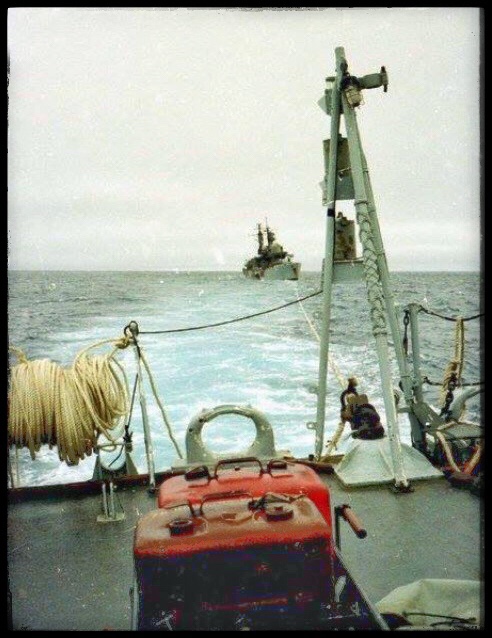 but burnt out and the missile entry hole shipping water, she rolled over and sank. 4th May is a memory of a great ship to have served on